To spend or not to spend?

That is the question…

And while spending is not always the answer, I’m sure we can all agree it’s exciting.

Self-indulgence aside there’s more to spending and borrowing money than meets the eye.

And our credit score is one very important aspect of our financial lives.

Let’s begin with the credit score stats below. 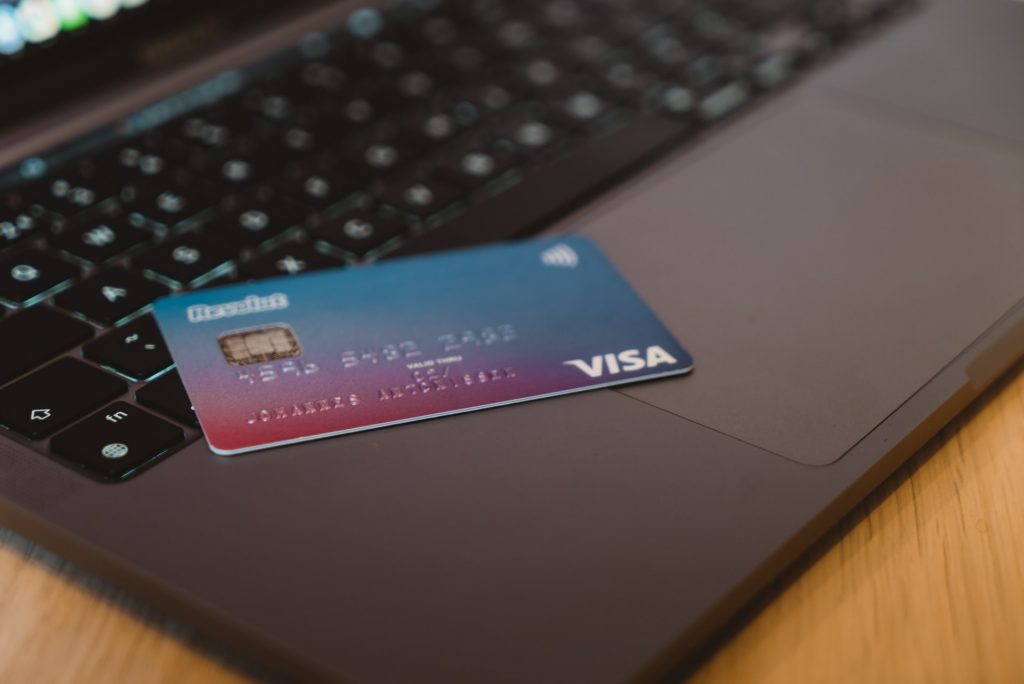 What Is a Credit Score?

A credit score represents the creditworthiness of an individual or the likelihood that this person will pay their debts to a lender. The higher the credit score, the more trustworthy the person is in the eyes of the bank.

In order to get to the final score, a credit score agency collects and evaluates account data from various creditors. In the United States, the agency that gathers credit score information is the FICO (Fair, Isaac, and Company).

The company was founded by Bill Fair and Earl Isaacs with the purpose of evaluating credit risk. Since its establishment, it has become a driving force of the credit risk evaluation in the United States.
The FICO score is used by the majority of the banks and other lenders to evaluate potential borrowers. The score relies on consumer credit files from the three national credit bureaus – Experian, Equifax, and TransUnion.
For a long time, FICO was the primary source of credit score statistics but in recent years a new competitor has emerged.
VantageScore is another consumer credit-scoring model, and it’s a creation of the national credit bureaus.

2. VantageScore was formed in 2006 and is jointly owned by Equifax, Experian, and TransUnion

The model operates on data stored by the credit bureaus and competes directly with FICO.
Although the two models analyze data from the same sources, they’re independent. Both agencies use proprietary analytical methods to come up with their scores, and usually, their scores are different.

What Is the Average Person’s Credit Score?

Now, the number might not tell you much until you know how FICO categorizes debtors. So, let’s figure it out!

A bad credit score is considered to be one in the range of 300 to 629. If you have a credit score in this range you will have a hard time qualifying for credit and you might need credit repair services. Another option is to look for lenders offering loans for bad credit.
A fair credit score is anything between 630-689. You get more options to borrow money but with higher interest rates.

What Is Considered a Good Credit Score in 2021?

It’s actually quite simple, but as some credit score stats show:

4. Four in ten Americans don’t know how their credit score is calculated.

Even so, many people assume they know how their creditworthiness is determined. To take the guesswork out of your finances let’s look at the factors that determine our credit scores.

How to Calculate a Credit Score?

These 5 points are very important when your credit score is calculated, but it’s not an exhaustive list of criteria. Lenders take more things into account, such as the ratio between your income and debt, to determine creditworthiness.

However, if you pay your bills on time, start a credit history as soon as possible, and diversify your debt, you have good chances of fixing bad credit score. The average of 703 might not be that unattainable.

So does paying a mortgage improve your credit score? What about paying off a student loan?

What’s interesting is that the average credit score has seen continuously growing in the past 10 years.

People are interested in maintaining higher credit scores. A recent study conducted by Experian confirms it.

6. 72% of consumers say their credit score is important or very important to them

People pay attention to their financial stability, and having a good credit score is an indicator of sound financial management.
Looking at the other authority on credit score there’s a slight difference in numbers.

VantageScore statistics show an average for 2019 that’s a bit lower:

There’s nothing alarming in that number, given that the two companies use different analytical tools to determine their scores. However, it’s recommended that you choose one of the methods to track your credit score to learn what affects it. That way you can avoid future confusion.

So, What Percentage of Americans Have a Good Credit Score?

Now that we know what’s a good, fair and exceptional credit score, let’s look at the actual latest US credit score data.

A significant portion of the population seems to be doing well when it comes to managing their debt.
Moreover:

U.S. citizens are not only doing well, but half of the population is paying special attention to how they’re performing in terms of paying off their debts. 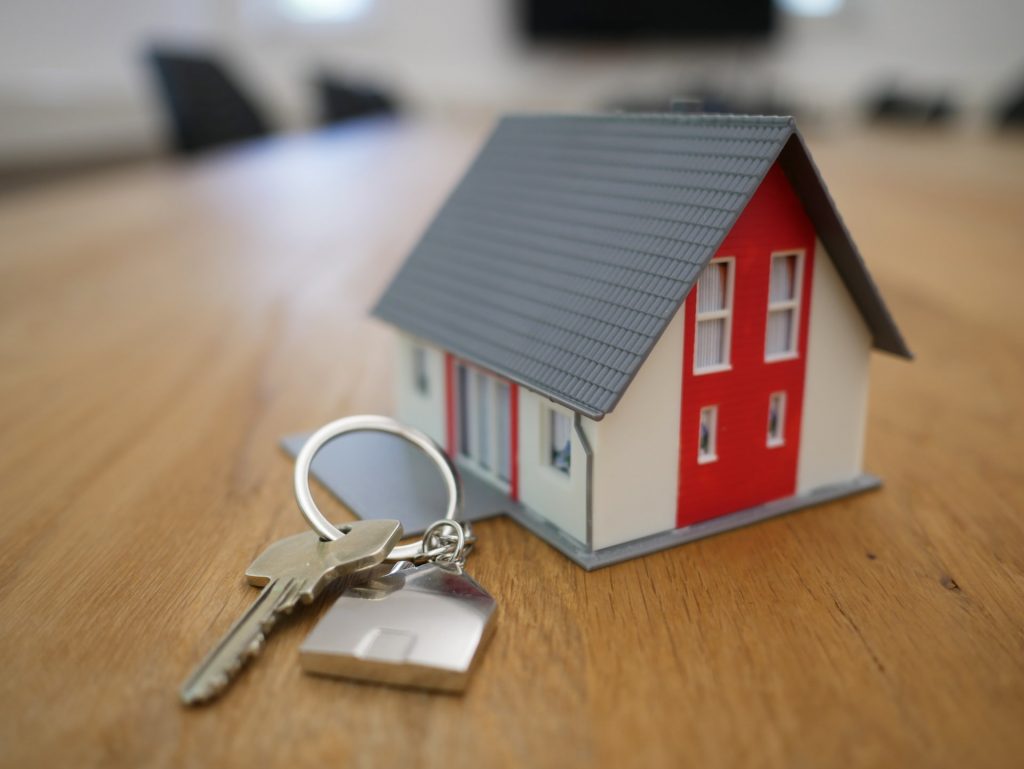 What Percentage of the Population Has a Credit Score of Over 800?

How about those who are doing exceptionally well?

That’s great news.
However, there are those who still have a hard time managing credit.

44 million Americans are practically invisible to the credit system. For some, this might be good news, but not having a credit score is not always a good thing.

Let’s say, for example, that you want to buy a house and need a mortgage. If you’ve never borrowed money or used credit cards you’re invisible for the credit system. You’re not in the good credit score statistics. Banks don’t like to lend money to people they know nothing about. If you haven’t borrowed money or used credit cards creditors can’t evaluate the risk they take when lending you money.

Consequently, people that are credit-invisible have a harder time getting approved for a mortgage. Lucky for them there are credit builder loans.

What Is the Average Credit Score by Race?

Looking at credit score stats we can also see that race, gender, and age influences credit risk in a certain way. Let’s look at some hard numbers.

13. In the States, the Asian population have the highest average FICO score of 745

At the other end of the graph is the Black population with the lowest average score of 677.

What Is the Average Credit Score by Age?

14. Americans aged 60 and above have an average credit score of 749

It takes time to build up your credit score, and the more time passes the more financially stable you usually are. That shows in credit risk evaluations.
So, anyone below the age of 20 will not have a good credit score because they’re yet to enter the labor market and qualify for credit cards and loans.

Millennials’ credit score at the moment is right below the average for the country with 673 points, which are considered fair.

There seems to be a disagreement between studies on whether there’s a gender gap between the average credit scores of men and women. Some studies found that women tend to get lower credit scores, but others show women are doing a bit better.

Data from Experian for the first quarter of 2020 shows that:

15. The average credit score for both men and women is 705

There are many factors to be taken into account during credit risk evaluation, but the same average both for men and women shows that gender gradually stops playing a big role in the evaluation of your credit score.

What Is the Average Credit Score by State?

There are no consistent trends throughout the country that determine the average FICO scores. Some states, where the costs of living are higher and you would expect lower creditworthiness (such as New York or California), actually keep stably good credit scores.
Credit score stats show that less-populated states tend to have higher credit scores.

16. Minnesota is leading the national average with a credit score of 709

The state is followed by Vermont with 702, and New Hampshire with 701.

17. Mississippi has the lowest credit score in the country – 647

Lousiana comes at second with 650. Georgia and Alabama share third place with an average of 650 credit score points.

According to U.S. credit score statistics:

18. The Villages, a retirement community in Florida, has the highest FICO credit score of 785

The community is comprised mainly of residents aged 55 and older, so the number is not surprising.

Another city in California, Saratoga, follows in third place with a credit score of 776. Its residents live in a smaller community close to San Jose and San Francisco and that provides opportunities for better jobs and higher income.

The average credit score is greatly influenced by income as well. 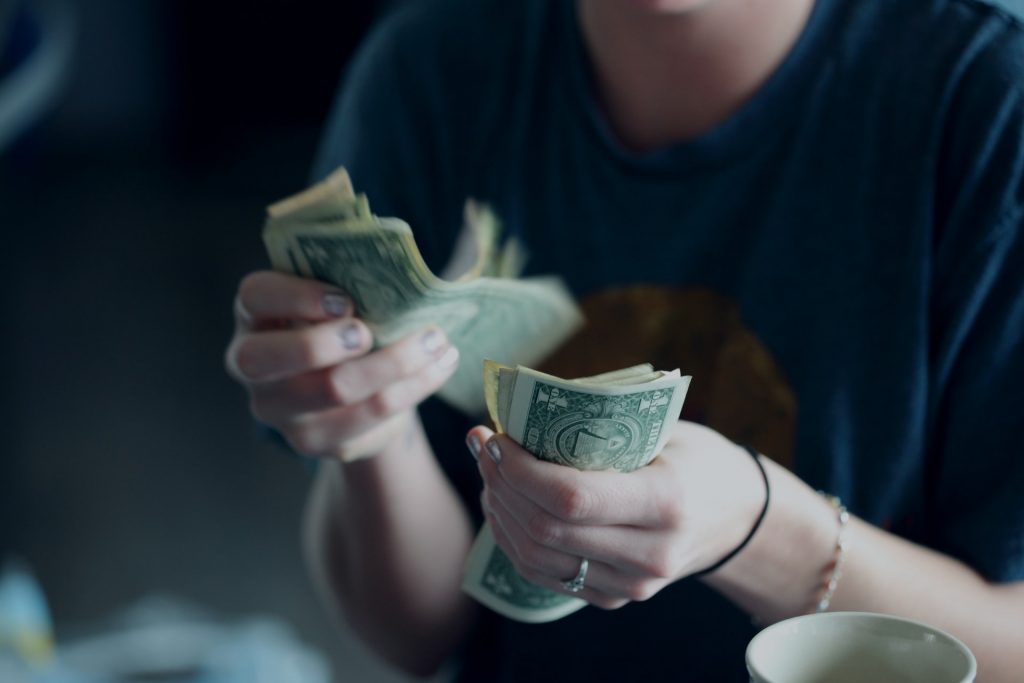 To keep up a good credit score the most important thing is to pay your debts on time.

If you get sick or lose your job you may not always be able to pay your bills on the due day. That will inevitably hurt your credit score.
The same goes for a situation where your income decreases for some reason. It’s more difficult for people with lower incomes to keep good credit scores.

On the other hand, people with higher incomes don’t max out their cards. They also don’t have such trouble paying their debts on time, thus their credit score is higher.

There’s no doubt that credit scores influence our financial lives. It’s important that we approach the matter responsibly. Learning how a credit score is calculated and what stats say will prepare us to better deal with debt in 2021. And it will also enable us to structure our finances better.

What Is a Beneficiary Deed and How Does It Work?

How to Clean a Coffee Grinder? [Step-by-Step Guide]

How Old Do You Have to Be to Go to a Casino?