A bad joke says that car insurance is just another chance to test how creative you can be with the truth.

Well, we’re not going to test your imagination today.

Some bizarre, some funny, but most of all informative. 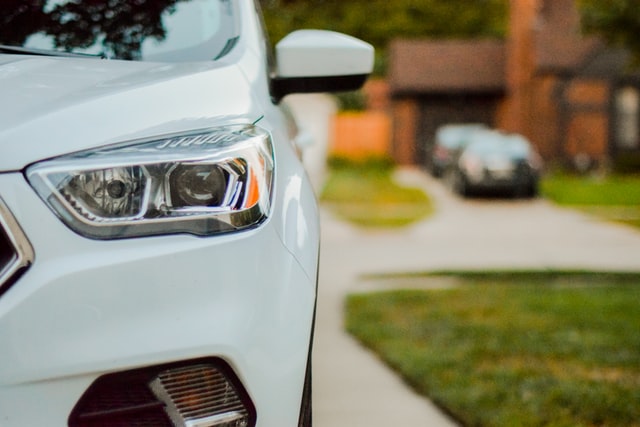 Before going further with the car insurance stats, let’s look at some history.

Benjamin Franklin is credited with being the forefather of insurance in the United States. He formed the Philadelphia Contributionship in 1751. It was the first company in the colonies to provide fire insurance.

1. Gilbert J. Loomis was the first person to buy an automotive liability insurance policy in 1897

Loomis was a mechanic from Massachusetts, who build a one-cylinder car a year before. The policy was issued in Dayton, Ohio, and protected Loomis in cases of damaged property and injuries.

From there, things began expanding and soon theft was included in the insurance coverage.

This was an important step for the insurance market. Soon after that, companies began including liability, fire, and property coverage under one policy.

Why Is Car Insurance Important?

Car insurance statistics for the U.S. say that:

3. In 2018, there were more than 6.7 million vehicle crashes in the United States

And no one can be sure that it won’t happen to them. However, what you can be insured against is damages and injuries in the unfortunate event of an accident.

Car insurance is protecting consumers against huge property damage, medical bills, and even legal fees. And costs can easily round up in the thousands if not the millions.

Just look at what happened to Rowan Atkinson.

The incident goes down in history as the most expensive car insurance claim. Not only that but McLaren needed a year to repair and rebuild the car.

It is also worth noting that auto insurance companies are not keen on covering insurance claims, especially large ones. Therefore, high-risk drivers can pay sky-high insurance rates to make up for the possibility of filing an insurance claim.

So, car insurance can save you and charge you a lot of money but what does it cover?

What Types of Car Insurance Are There?

Car insurance statistics in 2020 show that the majority of states require you to have at least liability coverage for your car. The insurance includes costs for injuries and property damage to others in case of an accident.

5. California is one of the states that require the minimum property damage liability per accident coverage – $5,000

6. Alaska and Maine have the highest bodily injury liability per accident insurance – $100,000

Collision insurance covers damages involving another vehicle. It helps you repair or pay to replace it. The insurance is optional no matter in which state you live.

The personal injury protection insurance (PIP) is designed to cover medical expenses and loss of income due to an accident.

7. 15 States require drivers to have PIP as part of their “no-fault” car insurance

Among those states are Florida, Kansas, New York, and Utah. Depending on the limits of a policy, PIP can cover up to 80% of medical and other expenses that are a result of an accident.

The next most common type of car insurance is comprehensive insurance. It provides an extra level of coverage in the case of an accident involving another vehicle. It helps cover for incidents other than collisions, including vandalism, accidents with animals, and some weather events.

It’s interesting to mention that car insurance stats from 2019 show that there are two states that don’t require any type of car insurance. These are New Hampshire and Virginia.

8. New Hampshire doesn’t legally require drivers to have any type of car insurance

Nonetheless, people without car insurance in New Hampshire are personally responsible for any medical bills or property damage.

9. What’s more concerning is that about 13% of Americans don’t have car insurance

Driving without insurance in most states can result in fees, license suspension, and even prison but that doesn’t seem to stop people. Out of the 215 million Americans that can have car insurance about 32 million don’t and still drive.

To counter this trend some states have implemented “no-pay, no play” laws.

California, Kansas, and Oregon are among these states.

The “no pay, no play” law is intended to limit the types of claims a non-insured driver can make. For example, in accidents where the other driver is proven to be guilty.

These types of laws restrict non-insured drivers from suing for nonfinancial damages like pain and suffering. However, you’re still allowed to seek compensation for vehicle repairs and medical bills.

Car insurance costs vary by state. In New York, for instance, the minimum car insurance coverage is $867 but the maximum exceeds $2,000.

11. South Dakota is the state with the cheapest minimum car insurance coverage of just $323 per year

12. Maine offers the cheapest full car insurance with an average of $1,080 per year or $90 monthly

Car insurance expenditure statistics show that the most expensive state, for both minimum and full coverage car insurance, is Michigan.

The full car insurance coverage in the state surpasses $3,000 per year.

For the past 10 years, Michigan has been in the top 3 states with the most expensive car insurance. The main reason for that is the state’s “no-fault” insurance policy.

The law allows drivers to raise financial claims to their own insurance company regardless of who is at fault. This means your insurer has to cover for your medical expenses even if the other party causes the accident.

It’s interesting that the “no-fault” policy was introduced to lower insurance costs and reduce fraud but ended up doing exactly the opposite.

14. Car insurance fraud statistics show that in Arizona, auto glass claims have increased with 26% over the last 5 years

The number raises questions and suspicions of increased fraudulent activity. What’s more, Arizona has accounted for 10% of the nation’s auto glass claims between 2015 and 2019.

Age is an important factor that determines how car insurance is calculated.
In general, young people pay more for car insurance. They’re less experienced and statistically more likely to be involved in an accident.

What’s even more interesting is that there are significant differences in car insurance costs for women and men.

As it turns out, young men are the most expensive to insure.

For men aged 21, the annual premium decreases to an average of $3,600 for that same coverage.

Interestingly, once you reach the age group of 26 to 30, women become more expensive to insure.

There’s a gender difference for drivers in all remaining age brackets, too.

And while insurance companies haven’t clearly stated the factors they take into account when calculating premiums and whether gender is a factor we still see a difference.

If it’s left unexplained, this may cause a stir. Especially, when many states are taking action to outlaw setting rates based on gender.

19. In 2019, California issued regulations prohibiting the use of gender in individual automobile insurance ratings

The state was the first in decades to introduce such regulations, joining Massachusetts, Michigan, Montana, North Carolina, and Pennsylvania.

The car insurance market in the U.S. is controlled by a few key players. What’s more the largest of the top 10 car insurance companies control about 72% of the market.

20. According to car insurance statistics, State Farm Group has the biggest market share on private passenger auto insurance of 17%

Since 2014, GEICO (a Berkshire Hathaway Group’s company) has been the second-largest private insurer, with a market share of 13%.

21. Progressive is the third-largest private auto insurer in the U.S. with a market share of 11%

The top three insuring companies have a combined market share of over 40%.

The insurance industry continues to grow around the world. It manages to keep overall profitability even in times of turbulent global economy.

The car insurance market will no doubt be affected by the digitalization of our lives. One important factor that will change car insurance is the introduction of autonomous vehicles. So far, Tesla is the leader but Google’s Waymo doesn’t lack behind. In 2019 there were 600 autonomous Waymo cars and more have been ordered. When this happens we may see a shift in the coverage from the individual to the vehicle itself.
However, it’s yet early to say if that will be the case.

Car insurance statistics show that we need more than extended warranties – a car accident coverage is important and might save us thousands of dollars in damages and injuries. Premiums might not be the most enjoyable thing to spend your money on but they ensure we’re protected when we need it the most.

What Is a Beneficiary Deed and How Does It Work?

How to Clean a Coffee Grinder? [Step-by-Step Guide]

How Old Do You Have to Be to Go to a Casino?