Motorbikes have been a popular mode of transportation for years. Whether used recreationally or professionally, motorbikes are much beloved by their owners, as confirmed by the following facts on motorbikes. 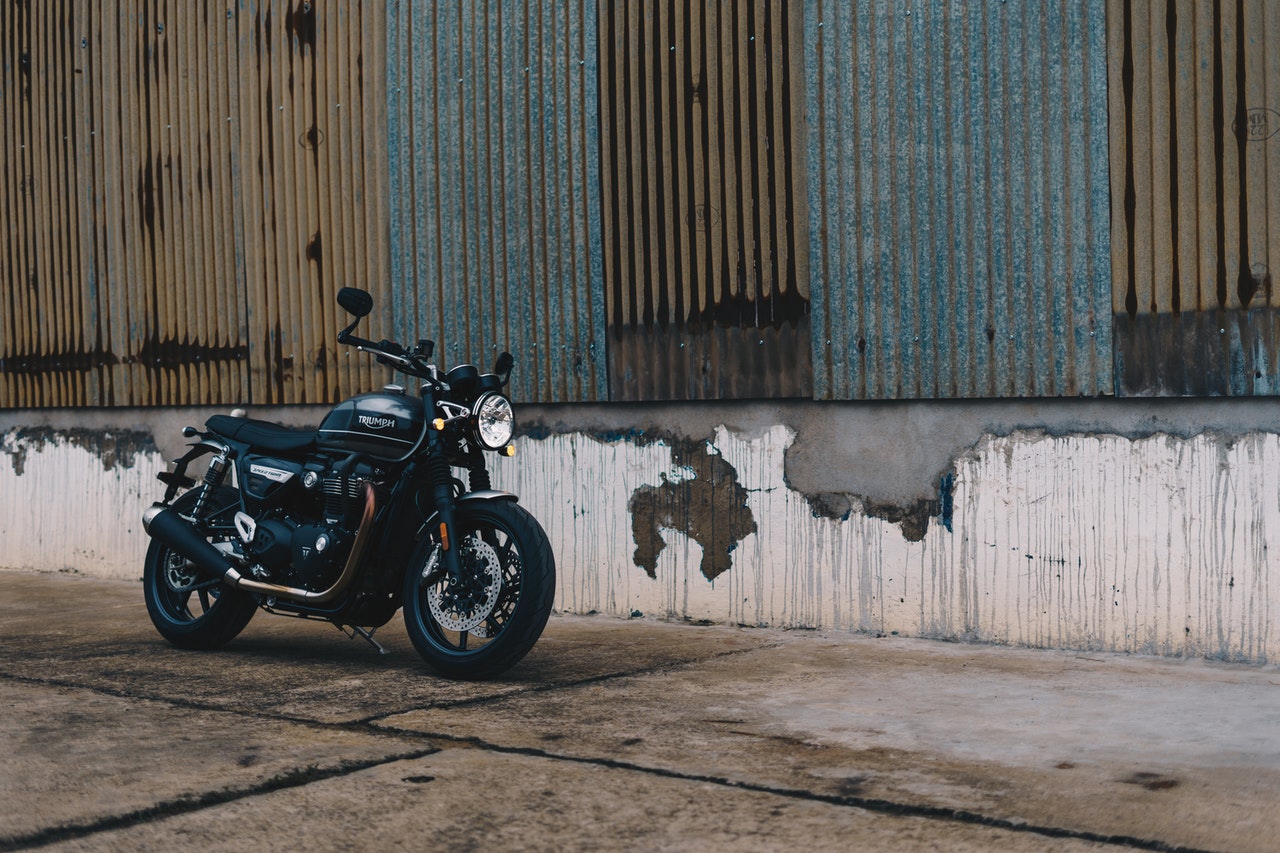 The Rise of Motorbikes

If you’re into motorcycles, you’re probably eager to know all about their history, such as who invented the motorcycle and how they developed and reached their present level of popularity.

The first internal combustion engine motorcycle (motorised bicycle) was built in Germany in 1885. Gottlieb Daimler and Wilhelm Maybach created the Daimler Reitwagen, which they named Einspur. But, unfortunately, it was lost in a fire in 1903.

The question, ‘when were motorbikes invented’, also evokes curiosity about the origin of the word ‘motorcycle’. The first recorded usage of the word is seen in 1894 when Hildebrand & Wolfmüller launched the Motorrad (motorcycle).

#3 Yamaha started as a piano manufacturer

Many associate the name Yamaha with motorcycles, but the company’s origins lie in musical instruments. In 1887, Yamaha started producing pianos and slowly expanded its operations to other areas. It first began making motorcycles in 1955 under the newly formed branch, Yamaha Motor Company.

Motorcycle history in England began in 1898 when Triumph Motorcycles began making motorbikes. By 1903, they had produced 500 bikes, but production took off during World War I when troops needed motorbikes to maintain communication on the front.

#5 Harley Davidson was established in 1903

We know who invented the motorbike, but who created the ever-popular Vespa? In 1946, the Italian designer Piaggio introduced the Vespa to gain instant popularity. The Vespa, however, saw a surge of acclaim after it was featured in the film Roman Holiday—100,000 Vespas were sold in one year.

#7 The first Honda motorcycle was produced in 1949

Honda is a well-known name in the motorbike industry. Its first complete motorcycle was produced in 1949, and 15 years later, Honda became the largest producer of motorcycles globally.

The question, ‘when were motorcycles invented’, also heightens intrigue about the development of certain types of bikes, such as the first chopper, which came into the picture in 1969. The Raleigh Chopper was the first motorbike of its kind—a cultural icon of the 70s.

From One Extreme to the Other

The historical development of motorbikes also includes intriguing facts about (among other interesting extremes) the smallest, largest, fastest, and slowest bikes.

Motorbike facts reveal that the first Harley Davidson could reach a maximum speed of 40 km/h. This bike had a single-cylinder engine and sported a tomato can as a carburettor.

#10 The world’s fastest motorcycle is the Dodge Tomahawk

The Dodge Tomahawk can reach a top speed of 420 mph (approx. 675 km/h), making it the fastest motorcycle on the market.

#11 The Smalltoe is the smallest motorcycle ever produced

Bharat Sinh Parmar built the longest motorcycle ever built at 26.29 m. He first introduced it in Gujarat, India, in 2015.

The Feline One—created by Feline Motorcycles—is the most expensive motorcycle in history, costing $360,000 (£263,860). It’s made of carbon, titanium, and aerospace aluminium.

#14 The most efficient motorcycle is the Verucci Nitro 50

Perhaps one of the most significant motorcycle facts for beginners is that motorbikes are more fuel-efficient than cars. Facts about cars confirm that they use significantly more fuel than bikes. One motorbike especially stands out for fuel efficiency: the Verucci Nitro 50—which can travel 172 km on a single gallon of gas.

#15 The Honda NR750 is the most complex motorbike ever made

In 1992, Honda launched its NR750—the world’s most complex motorbike. Initially branded as a racing model, this model had eight valves per cylinder. Honda made 300 street-legal versions of this model.

#16 The heaviest motorcycle is the Panzerbike at 4,740 kg

One of the most fun facts about motorcycle mechanics includes the heaviest motorbike ever built, the Panzerbike, weighing 4,740 km. The Niebel family—Tilo, Ulf, and their father Wilfred—managed to assemble this monster bike in their workshop in East Germany, using a V16-800hp, T5 Soviet tank engine to thrust the massive weight of the bike.

Motorcycling naturally includes the subject of safety. This section provides facts about motorbike safety to help you decide if this hobby or profession is for you.

#17 Helmet usage was mandated in the UK after the death of Colonel T.E. Lawrence

One of the most well-known motorcycle safety facts includes the story of the first safety helmet. When Colonel T.E. Lawrence died from head injuries following a motorbike accident in 1935, protective helmet usage was mandated for all motorcyclists on UK roads. British neurosurgeon Hugh Cairns—through his research—realised that Lawrence’s death could’ve been avoided if he had protective headgear—hence the creation of the motorcycle helmet.

#18 Arai Helmets is the world leader in motorcycle helmet manufacturing

Arai Helmets started as a hat-making company for the construction industry in 1926 Japan. Then, the company modified its construction helmets to produce motorcycle helmets, becoming a world leader in the industry.

#19 Commercial motorbikes have a speed limit of 186 mph

Motorbike information reveals that in 2000 all the world’s major motorcycle companies reached a gentlemen’s agreement to end the speed war. (Suzuki and Kawasaki did not recognize this agreement.) The companies feared that the race to the fastest production bike would lead to bikes with dangerous speed levels—so they agreed on a speed limit of 186 mph (299 km/h).

Motorbike riders aged 25 to 59 are at a high risk of dying or being seriously injured in road accidents. Young riders, 20 to 24 years old, are second most likely to be in motorbike accidents, as confirmed by scary motorcycle facts for the UK.

Professional moto racers and enthusiasts often try to break previously established records and often succeed. And some of the most amusing records are also the most dangerous ones ever to be broken.

Stretching 735,000 kilometres across 214 countries and territories, Emilio Scotto finished the longest ride in motorcycle history from 17 January 1985 to 2 April 1995. It’s classified as a single journey because Scotto didn’t return to the country of departure until the end.

Dipayan Choudhury set the record for the longest backwards motorcycle ride. On 7 October 2014, in Jabalpur, India, he rode his motorcycle backwards 202 km.

Interesting facts about motorcycle racing include the annual Isle of Man TT Races—the world’s most dangerous race. Peter Hickman boasts the fastest lap in this race, reaching 135.45 mph in 2018.

#26 Honda is the leading motorbike brand in the UK

Motorbike information for the UK market shows that Honda is the most popular motorbike brand, followed by Yamaha and Lexmoto. Motorbike ownership, however, has been decreasing due to the increase of stolen motorcycles and car ownership in the UK. Presently, there are approximately 1.35 million motorbikes on UK roads.

The motorbike is a fascinating invention and has remained a beloved form of transport and recreation for millions over the past century. So if you, too, love motorbikes and think about getting one, we hope you’ve enjoyed our motorcycle facts for beginners, perhaps nudging you to join your nearest motorcycle club.

What is the oldest motorbike?

In 1885, the German Daimler Reitwagen was the first motorbike built. But unfortunately, it no longer exists because the original bike was destroyed by fire in a workshop in1903.

Who invented the motorcycle?

Gottlieb Daimler and Wilhelm Maybach are credited for creating the first motorcycle. Daimler is known as ‘the father of the motorcycle’, and his son, Paul, was the first to ride the motorbike.

What came first, car or motorcycle?

Motorbike facts reveal that the invention of the motorbike followed the creation of the car. The first car was presented in 1883, and the first motorbike was unveiled two years later, in 1885.