How can you tell if a company is successful?

Is it by the profit it makes?

Is it by the quality of its service or product?

Or is it by its popularity?

In most cases, it is a combination of all.

But Spotify is the lone wolf here. It just doesn’t cover all the points. And yet, it’s the most popular music streaming platform.

Don’t believe me? Check out the numbers below.

Judging from Spotify user statistics, the platform’s popularity seems to grow with each year.

Before we dive deeper into our detailed Spotify stats and see what makes the platform such a hit, let’s look at its history.

What is Spotify and How Did it Come to Be?

As it usually happens in these stories, Spotify was the solution to a problem.

It’s an international media services platform that allows you to access, download, and listen to millions of tracks on any device. It aims to make music universally accessible.

Spotify is intended to help stop the illegal downloading of music by providing affordable music streaming.

The company was founded by Daniel Ek and Martin Lorentzon. Ever since its inception, Daniel Ek has been the CEO and the driving force behind the company’s success.

The name of Spotify comes from combining the words “spot” and “identify.”

First, it was available only in 6 countries in Europe. But by 2011, it launched on the US market, which presented great potential for growth.

Initially, the platform provided free accounts only by invite, so it could better manage growth. At the same time, it launched its paid services available for everyone.

2. In February 2009, Spotify began public registration for the free service in the UK.

After its anticipated success, the company returned back to the “invitation-only” policy at the Christmas season the same year.

Coupled with that, the brand launched premium cards for listeners that allowed them to upgrade to “Premium” for 1, 3, 6, or 12 months.

When it reached the US market in 2011, the brand had a different strategy. It started by offering a 6 months free trial supported by ads. New users could listen to music as much as they wanted, ad-free.

When in January 2012 those six months expired, users were limited to 10 hours of listening each month and 5 song replays.

In March the same year, the platform dropped all limitations it had on the free service.

3. The streaming service is available in 79 countries and operates through different companies in different regions.

The platform has 44 offices that operate internationally. And while you may presume Spotify is most popular in the US, if you look at Spotify users by country you’ll see Europe takes the cake.

As we mentioned, Spotify provides two types of subscriptions to its users. They’re part of the brand’s monetization strategy – the way Spotify makes money.

Both forms of Spotify’s services are independent but help the other and are important for the brand’s development and the great result in statistics.

The free version is supported by ads and it’s the way Spotify scales its service and target audience for their paid Premium membership.

At the same time, the ad-supported version provides a reasonable option for users that can’t afford the paid plan.

Spotify monetizes from the free option by selling audio, video and display advertising. And the revenue is calculated by taking the number of hours the ad-supported users engage with Spotify.

According to Spotify user demographics, this group represents a very attractive audience for advertisers.

That boils down to roughly six hours a week. If you have a kid who you think is well above that average, you can always get a parental control software to help out with screen time limits.

When you sign up for Spotify’s free service, you get to listen to any song, album or playlist at any time or order. Part of the deal is that for every couple of songs you play, you’ll hear an ad.

If you use the mobile app, however, things look a bit different.

For starters, there are limited playlists in which you can freely listen to songs in whatever order you want to, or skip tracks if you feel like it.

The total number of songs amounts to 750 and that could change depending on the day, or week.

Outside of those personalized playlists, you’re quite limited.

You can listen to albums or artists of your choice only on shuffle. You don’t have the option to select a specific track and you are limited to 6 song skips per hour.

The paid option of the platform comes with its benefit. Spotify Premium gives subscribers unlimited high-quality online and offline access to its database. However, after 350,000 Spotify accounts were hacked in 2020, you may want to think about an ID theft protection company if you opt for the streaming giant.

And the service is divided into 3 plans.

It provides the same options but targets students. The plan:

The plan provides access for up to 6 people who live together. It also allows parental control over explicit music for any member, along with the other premium features.

Each of the packages is planned to appeal to users with different lifestyles and in different demographics and age groups. This way the platform turns the already free-subscription users into loyal customers, who are the backbone of any successful business.

How Many People Use Spotify?

And if you’re wondering how many people have Spotify Premium, we have an answer for that too. Would you be surprised to hear that nearly half of those users – 130 million, to be precise – used Spotify Premium?

However, Apple Music followed closely behind, with 25% of market share.

The aim of every business is to be profitable and Spotify is no different.

However, the streaming service has been struggling with that for a long time. Stats show that 12 years in a row Spotify has been reporting a significant loss.

That’s right – the streaming music giant has been operating for over a decade without making any profit.

Against all odds, Spotify has been growing its influence on the market without the expected profit in return.

You may ask: “ Where does the money from paid subscribers and ads go?”

Well, as it turns out

Given how many Spotify users there are, it’s no wonder. Still:

The platform’s financial results are mainly influenced by the costs of sales.

Spotify spends most of its revenue on music licenses – 70%. It additionally invests a lot in research and development.

Despite the annual result, Spotify managed to close the fourth quarter (Q4) of 2018 on positive numbers.

Operating income, net income, and free cash flow were all positive. And that was the first time ever the company managed to do that.

In 2020, the company continued to build on its positive trend.

This has resulted in a positive net income of an impressive $1 million.

All About the Music

Year after year, Spotify’s influence over the music streaming market keeps growing. It continuously outperforms its competitors in terms of subscriber acquisition. However, one giant it can’t compete with is Youtube. With a reach of 87.7% and 14 out of 15 of its most viewed videos being music videos, YouTube app is the clear winner.

How many songs are there on Spotify?

There are over 50 million tracks on the platform. Much more than anyone could ever go through.

A personalized experience is another thing users get to have with Spotify.

Spotify Wrapped 2019, for example, is the annual “my Spotify stats,” summarizing our musical choices throughout the year.

It’s a stroll down Spotify memory lane at the end of the year, which shows you your most-listened-to artists, genres of music, songs, podcasts.

If you happen to be an artist or a podcaster, you’ll get access to the special Spotify for artists’ profiles. There, by navigating through a bunch of metrics, you’ll get an idea of where you stand in terms of the number of streams and audience growth.

A couple of other interesting Spotify stats coming up shortly are about the top Spotify artists, and the most played tracks of the year.

13. In 2019, Post Malone headed the Spotify listening stats with most streams among Spotify’s top artists – he had 6.5 billion streams from fans around the globe.

The album was a milestone. Billie Eilish is the first female artist to have her album top the Wrapped most-streamed album category. One can’t help but wonder how many people listen to Spotify just to stream her songs over and over again!

Knowing her hit song “Bad Guy” ranks as the second-most-streamed song of the year, the answer is likely – more than we imagine.

15. The third most-streamed artist of 2019 was Ariana Grande.

This year was a second strong year for the performer, with her tracks hitting the top 10 of Spotify’s Wrapped stats both in 2018 and 2019.

Taylor Swift was also quite popular on the streaming platform, with her album “Lover” making her the year’s third most-streamed female artist.

16. The most-streamed song in 2020 was “Señorita” by Shawn Mendes and Camila Cabello, hitting 1 billion streams.

When looking at the numbers for the last 10 years, Drake is the unquestionable number one with 28 billion total streams.

The most-streamed female artist of the decade is Ariana Grande.

17. “Shape of you” by Ed Sheeran is the most-streamed song for the past 10 years.

The song has been streamed over 2 billion times, which is quite the achievement.

2019 was strong for Spotify in terms of podcast growth.

The compaby took it further at the beginning of 2019 when:

19. Spotify moved forward with the acquisition of Gimlet Media Inc. (Gimlet) independent podcast producer, and Anchor – the leader in the market for podcast creation and publishing.

Podcasts are the new hype and Spotify does what it has to in an attempt to attract more users.

The best podcasts in 2019 turned out to be “The Joe Budden Podcast” with Rory and Mal, followed by “My Favorite Murder” with Karen Kilgariff and Georgia Hardstark.

The third-most-popular podcast was the German “Gemischtes Hack.”

Not surprisingly, the most-streamed podcast genre for 2019 was comedy.

A big part of the success of Spotify has to be attributed to artificial intelligence and machine learning.

An example of the way Spotify utilizes AI is the “Discover Weekly” playlists. Each Monday the platform introduces to individual users a customized list of 30 songs.

The recommended tracks are comprised of songs the user might not have heard before, could be based on search history pattern, and what music listeners are likely to choose.

Machine learning improves recommendations with time. That makes users come back, commenting that Spotify has some of the best playlists.

To make this a win-win situation for everyone – the algorithms also enable greater exposure for artists whom users may not search for organically. Finally, thanks to the rise of voice search, Spotify has introduced Spotify Voice. And not only can you pick a specific song, but you can also ask Spotify to play your favorite tunes.

Despite the controversies, Spotify has no doubt brought a lot to the table.

The service made possible for users to dive in the vast ocean of music, available just a few clicks away and in high quality.

It created an alternative that challenged the illegal downloading of music and provided compensation for artists.

The constant work of the people behind the platform makes it incredibly attractive for users and we can only expect that future Spotify statistics will show continued growth. 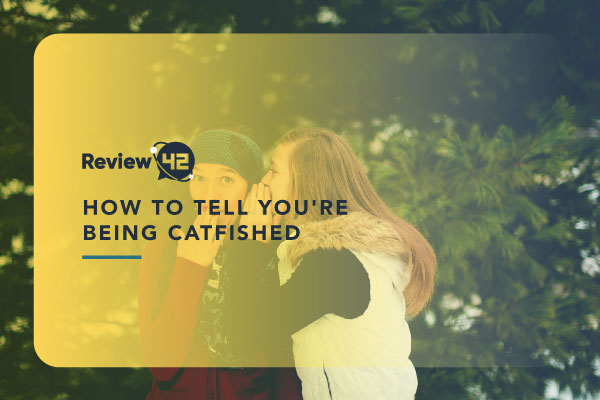 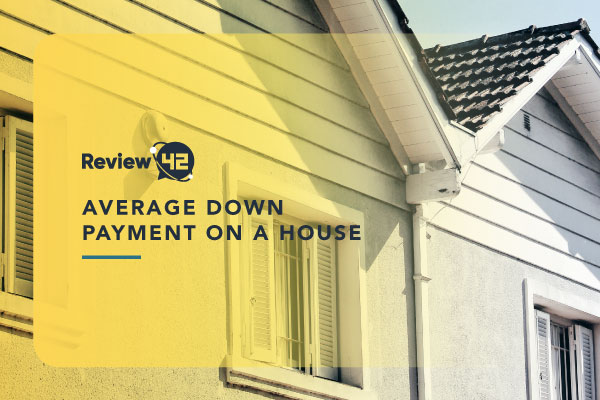 Average Down Payment On A House [2021 Numbers] 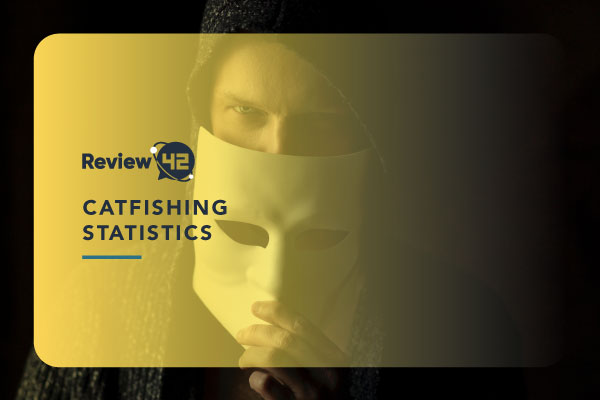 2021 Insomnia Statistics That Will Keep You Up At Night

How Many People Have Bad Credit? [2021 Statistics & Trends]