Does pineapple belong on pizza? This question is one of the most hotly debated questions in food history, causing a divide among pizza lovers for some 60 years. So we thought it a good idea to present how pineapple became a pizza topping and why it belongs on a pizza—or not. 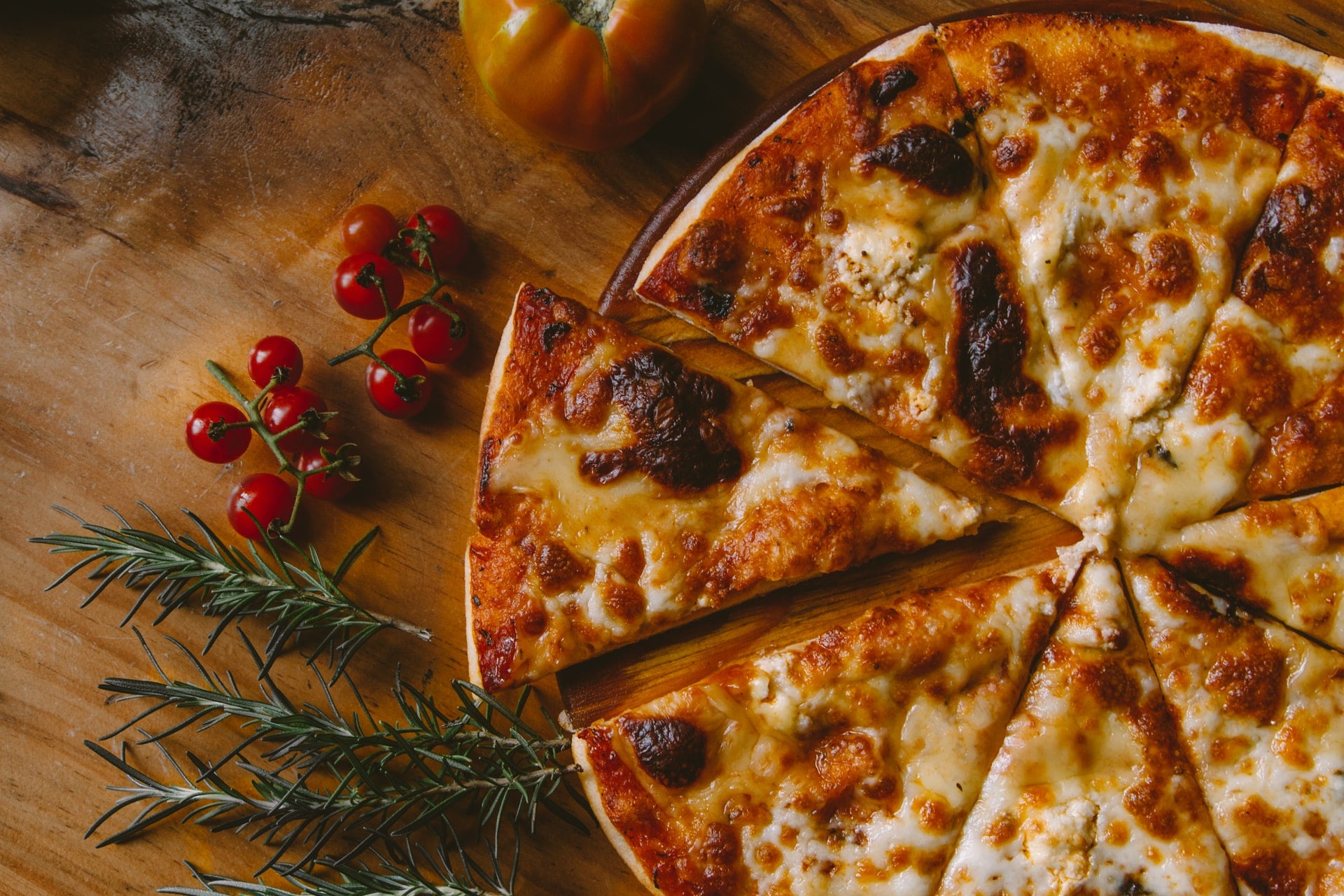 Sweet and savoury food combinations are not unheard of. And according to many, the sweetness of the pineapple tastes good with the saltiness of the cheese and sauce of a pizza. Then why is pineapple on pizza so controversial?

The should pineapple be on pizza debate brings to mind the food pairing method (a non-registered trademarked term), which suggests that ingredients combine best if they share flavour components. This is particularly true for Western cuisine. Other cuisines often pair differently flavoured ingredients with great success, too.

This food pairing approach may be an excellent place to start if you want to experiment with different ingredients at home but may not be desired in every situation. There are many favourite sweet and savoury combinations, and pineapple supporters claim that pineapple on pizza is one of them.

The origin of the pineapple pizza (Hawaiian pizza) dates from 1962 and, surprisingly, has nothing to do with Hawaii. Sam Panopoulos (a Greek-born Canadian) made the first pineapple pizza in his Satellite Restaurant in Chatham, Ontario, Canada.

Panopoulos, inspired by Asian dishes that merged sweet and savoury flavours, decided to add canned pineapple to a cheese and ham pizza and serve it to his customers. He named the pizza after the brand of canned pineapple he used, and people liked it. It wasn’t long before many started asking for his Hawaiian pizza, and soon his concept spread across North America.

Many who say that there should be no pineapple on pizza claim that Panopoulos’s invention came to fruition because he didn’t know of pizza’s long tradition. Pizza wasn’t a common food choice in Canada at the beginning of the 1960s, so Panopoulos saw pineapple as just another topping, unaware that he would be sparking a debate 60 years later.

Does Pineapple Belong on Pizza?

This pineapple pizza debate calls for a list of why pineapple should go on a pizza and why it shouldn’t. After reading all the reasons on both sides, you can make your own mind. As far as our guide is concerned, we remain neutral.

Why Pineapple Belongs on Pizza

Consider the following six reasons in this pineapple on pizza debate why pineapple is great on pizza.

We all choose our food by taste, and pineapple on pizza is tasty—the natural sweetness pairs well with the savoury flavour of both cheese and ham. Many dishes merge flavours well, and the Hawaiian pizza does an excellent job of combining sweet and savoury flavours. So it’s no surprise that it ranks on our list as one of the 10 best pizza types.

Pineapple is a fruit containing high doses of Vitamin C, potassium, and fibre, which can help with digestion, blood pressure, and boost your immune system. The pineapple on pizza argument can be easily understood if one only looks at the health benefits from adding pineapple to your pizza—and you feel less guilty for eating a pizza.

#3 It Combines Well With Other Toppings

The classic Hawaiian pizza combines pineapple with cheese, ham, and tomato sauce. But this is not the only combination that goes well on pizza. This fruit blends well with bacon, sausage, chicken, olives, and caramelised onions. Try any one of these combos for a multisensory experience.

Is pineapple on pizza weird? It might be strange to some, but pizza—as one of the best comfort foods—becomes even better when adding sweetness. And if you have a slice or two left from your Hawaiian pizza, you can quickly reheat the leftover pizza and enjoy it again.

#5 It Can Double Down as Dessert

A pineapple pizza is an ideal choice for those with a sweet tooth because you get both dinner and dessert in one meal. You don’t need to worry about the additional calories of dessert—plus you’re saving money on sweets.

Is pineapple on pizza normal? Perhaps you shouldn’t do something just because everyone else is doing it. But millions globally enjoy this combination and find it to be quite normal. And all the top frozen pizza brands offer Hawaiian pizza as part of their selection. So if you haven’t given pineapple on pizza a try, why not see why so many like it?

Why Pineapple Doesn’t Belong on Pizza

Millions also think that pineapple on pizza is bad. Consider the following six reasons why they believe it’s not a good idea.

#1 It Shouldn’t Mix With Tomatoes

Like tomatoes, pineapples are acidic fruits. The acidity may become overwhelming when combining the two, giving you an upset stomach.

#2 It Doesn’t Go Well With Cheese

Pineapple is used with many other dishes besides pizza. It’s a staple of some Asian cuisines and is excellent with barbecue. But with regards to cheese, is pineapple on pizza bad for you? Some chefs claim that pineapple shouldn’t be eaten in combination with cheese, and a cheeseless pineapple pizza is even worse because it makes the crust moist.

#3 It Makes the Pizza Soggy

Canned pineapple is preserved in juice, and even if you strain the liquid, some of it will stay in the pineapple chunks. The juice will seep into the dough and crust and make it soggy. And no one likes soggy pizza.

#4 It Masks Other Flavours

Regardless of which side you’re on of the pineapple on pizza controversy, we know pineapple has a robust flavour. Although eating slices of pineapple by itself is tasty, it’s not appetising when it comes to pizza. The strong pineapple flavour can mask all other flavours, and you won’t taste the cheese or other toppings.

Pizza is traditionally a savoury food, so adding an extremely sweet fruit to it can only confuse your taste buds. Pineapples are packed with vitamins and minerals, but they also contain a lot of sugar. So is pineapple on pizza good for you if it’s so sweet? Perhaps it’s not the healthiest option for a pizza topping when you combine the sugar from the pineapple and all the carbs and dairy, thereby piling on the calories.

Would you put peaches on your pizza? Then why aren’t the same standards applied to pineapple? Putting a tropical fruit on a traditional Italian dish seems senseless—many believe this is just an experiment gone wrong. Still, the best UK pizza chains offer pineapple pizza on their menus, regardless of opposing views. So is it ok to put pineapple on pizza? Ultimately, it’s up to your taste buds.

Why pineapples do not belong on pizza?

Pineapples are acidic fruits and don’t mix well with other acidic foods or ingredients, such as a pizza’s tomato base. They also don’t go well with cheese and other dairy products.

‘Does pineapple belong on pizza’ is not a serious question for Italians because they would most assuredly say it does not go on pizza.

Is pineapple pizza banned in Italy?

Even though Italians find pineapple on pizza unacceptable, they’ve never banned it. If you’re among those who enjoy pineapple pizza, it would be challenging to find such in Italian restaurants.