Unrequited love is always challenging, but even more so if the object of your affection offers you to be just friends. The friend zone is the most undesirable place for those in love.

Fortunately, there are certain tactics you can employ to get out of such a zone and become more than friends. Read on to learn how to get out of the friend zone and start a relationship with the one you’ve set your heart on. 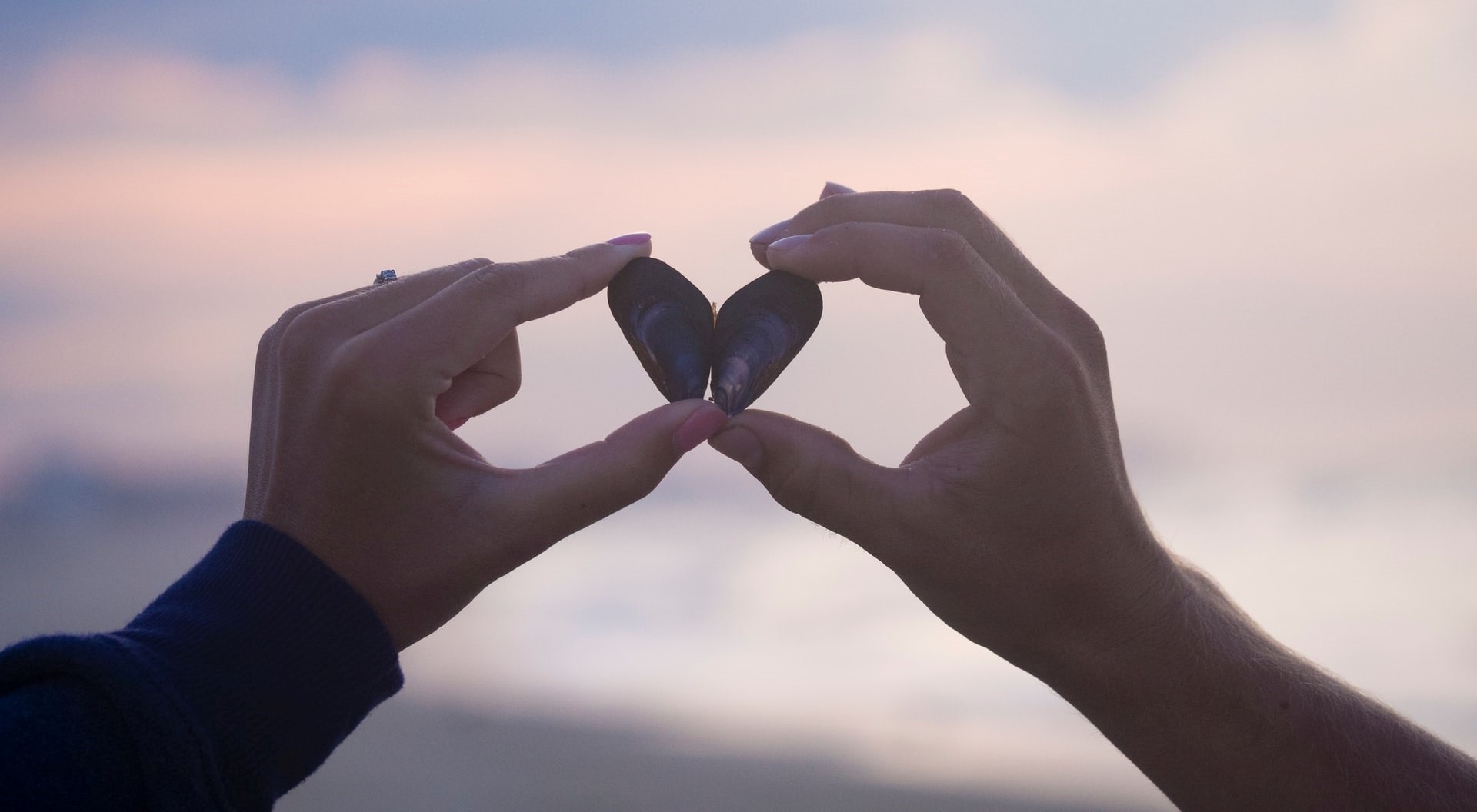 What Is the Friend Zone?

‘Friend Zone’ is a term that defines a relationship in which one of the people involved wants to engage in a romantic relationship with the other person, while the other wants to remain friends.

Two people have met and one of them has developed romantic feelings; this usually happens when the two people involved haven’t been physically intimate with each other, according to the friend zone definition.

You can now start looking out for the signs that indicate that you’ve been friend-zoned and plan on how to change this. When you’re not sure if your crush feels the same way about you, there are certain behavioural patterns you can look out for to find out whether he loves you.

The friend zone can be experienced differently by various people who found themselves in this position. However, there are some universal signs that show that you’ve been friend-zoned, so if you’re not sure whether or not you’re on your crush’s friends list, keep reading to find out.

They Bring Friends Along

Whenever you invite them to do something together, they bring friends along or ask if they can invite their friends to the date. This shows that they don’t want to be together with you one-on-one or don’t see your meeting as a date.

Getting out of the friend zone might be difficult if the person you like says they see you as a brother or sister. If someone views you as a sibling, it may be difficult to get them to see you in a romantic light.

They Take You for Granted

They Don’t Care About Their Appearance When You’re Around

The friend zone meaning becomes most clear when the object of your affection obviously doesn’t care about their physical appearance when they’re around you. They won’t pay any attention to how they look, indicating that they don’t view you as a romantic prospect.

They Talk About Their Romantic Interests & Exes

If someone’s constantly talking about their crush or their ex, it’s probably not a strategy to make you jealous. They merely view you as a friend with whom they want to share their romantic conquests.

They Try to Set You up With Someone Else

If you’re still unclear as to ‘what is friend zone like’, pay attention to whether the person you‘ve fallen in love with is trying to set you up with someone else. They constantly tell you that you would be perfect for someone else, meaning that they are not romantically interested in you themselves.

They See You as a Shoulder to Cry On

If whenever something bad happens to them, they turn to you, they may view you as a shoulder to cry on. They seek out your support and consolation; this can indicate that they are too comfortable around you and they probably have friendly intentions only.

They Ask You for Advice

When you’re trying to get out of the friend zone, it’s doesn’t bode well for you if your crush is constantly asking for your advice, especially when it comes to dating other people or various romantic problems.

There Is No Spark

If someone is attracted to you, they will show physical signs of it and you will feel a spark. If you don’t, there probably isn’t much hope for a romantic relationship in the future.

They Introduce You to Their Significant Other

If the person you like introduces you to their boyfriend or girlfriend, it means that you won’t be able to escape the friend zone any time soon. This is a sign that they see you only as a friend, and that your chances with them are slim to none.

How to Get Out of the Friend Zone – The Ultimate Guide

If you’ve found yourself stuck in friend zone territory, don’t despair; there are some excellent techniques you can employ to become more than friends with that special someone.

Before you do anything else, make sure that you seem desirable, not only to the person you’re trying to win over but to other people as well. Take care of your appearance and mind your manners. Once your crush sees other people desire you, they might start looking at you in a different light, too.

Work on Your Self-Confidence

When you’re thinking about how to escape the friend zone, be mindful that one of the most important things you need to do is work on your self-confidence and self-respect. People will notice that you respect and appreciate yourself, which will make you more attractive.

Dopamine is the chemical that causes people to feel pleasure; luckily, there are several things you can do to raise your crush’s dopamine levels. In this way, they’ll associate feelings of pleasure with you and you will become more memorable. To raise the dopamine level, you could engage in adventurous activities; invite them to go hiking, bungee jumping, or choose some other activity you know they will enjoy.

Ask Them for Favours

If you want to further understand what does friend zone mean, there are a few other things to consider. You’ve probably hesitated to ask your crush for a favour. However, science says that you should ask for favours; the Benjamin Franklin effect proves that whenever you ask someone for a favour, they are more likely to like you. If they don’t like you at all, they wouldn’t even agree to do you a favour in the first place!

Physical touch is essential for creating a bond between two people. A friendly pat on the back or a casual touch on the hand are a good place to start. Eye contact is also a good way to establish closeness and intimacy. If you want to learn how to avoid the friend zone, make sure you employ physical touch and eye contact from the very start of the friendship.

One of the best tricks to avoid being friend-zoned forever is to make yourself less available to your crush. When they see that you are not constantly at their beck and call, they will start wondering what has happened and probably missing you as well.

If you’re looking for ways how to get out of the friend zone fast, becoming less interested in the life of the person you like is the smart thing to do. If you show too much interest, you may seem needy or clingy – and you don’t want that. Let them reach out to you with any news they want to share.

Don’t sit idly by – go out and meet new people, maybe even someone you would be interested in dating. Once your crush sees they have competition, they may get jealous and start showing signs of romantic interest.

When you’re trying to establish a strategy of how to get out of the friend zone with a girl, or a guy for that matter, flirting is always a good idea. You can start with compliments or playful teasing. Then let your touch linger for longer than usual and see how they react!

Tell Them How You Feel

The last and most straightforward strategy is to tell your crush how you feel. Sometimes they don’t even realise how you feel about them, so you can just go ahead and let them know and hope for the best. One useful tip on how to get out of the friend zone long–distance (if you’re too scared to tell them in person) is to tell the other person how you feel via phone or video call.

Sometimes the other person will reciprocate your feelings and you need to learn to recognise the signs. That’s how the transition from friend to lover begins. Look for the following signs to see if your romance is starting to look hopeful:

If they start to display some (or all) of these signs, it means they’ve become hooked on you!

Being friend-zoned can seem like the end of the world, but in reality, it’s not as bad as it sounds. At least it means that your crush likes you as a person. If managed correctly, this can actually be a foundation for romance. Even if you don’t succeed in making the person fall in love with you, you will have gained a friend – that’s not so bad after all.

How do I get out of the friend zone quickly?

If you’re looking for a quick way out of the dreaded friend zone, becoming less available and less interested in the other person is the quickest route. You should also start meeting new people and create some competition for them.

Can I ever get out of the friend zone?

It is possible to get out of it, but this endeavour takes time and effort. Remember that it’s not always possible to become more than friends; keep your head high and move on to better things.

How do you make the first move on a friend?

If you’re looking for the perfect first move and wonder how to get out of the friend zone, it’s always a good idea to tell them how you feel. If you don’t have the courage to do this, show them through gestures that you have strong feelings for them.

Gay Dating Sites UK 5 Must-Have Spiritual Tools You Can Use for Daily Spiritual Practices Why Do I Twitch When I Sleep? [Common Reasons Explained] What Is Past Life Regression & How to Do It