The crust is one of the essential components of every pizza pie. A crust can make or break a pizza. We decided to present the most popular crusts to determine which pizza crust is best. Consider our ranking list and see if you agree. 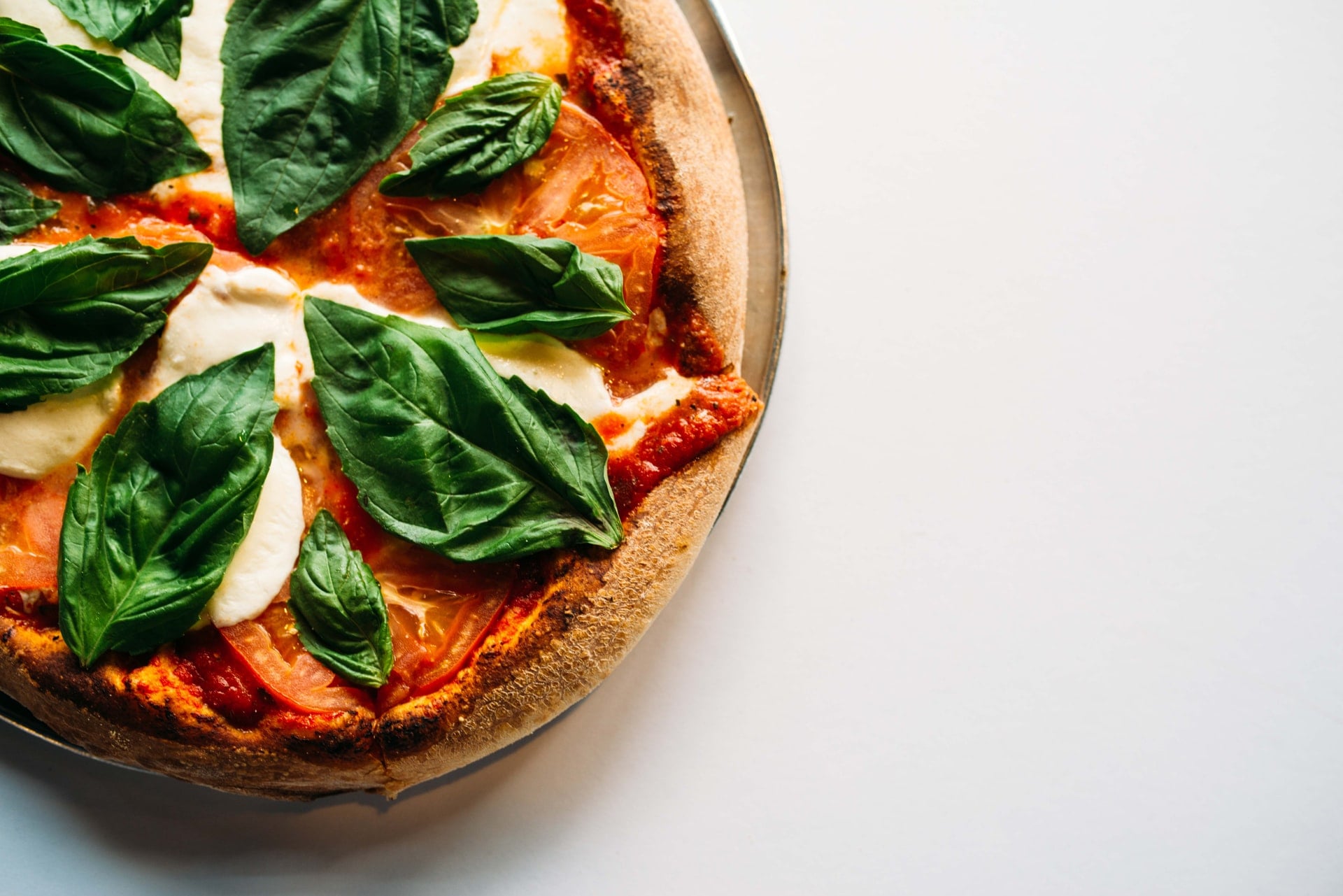 The crust is the foundation of every pizza—the base that toppings are built upon. It also determines the texture, density, and overall taste of the pizza.

The type of crust depends on the consistency and ingredients of the pizza dough. So each crust has a different prep and baking time and gives each pizza its unique presence. The crust can also affect the taste and texture of your toppings—a soggy crust results in soggy toppings.

There are many types of pizza crust, all of which have one thing in common—they serve as the base of the pizza. Without crust, there’s no pizza. It’s essential, then, that your pizza has one of the best types of crust.

People have been experimenting with pizza crust since the earliest days in the history of pizza. So choosing the best crust type isn’t easy. Consider our following top 10 picks and see if you find your favourite on our list.

Thin crust pizza is one of the most popular pizza types. The dough of this pizza is thinly stretched so that the centre is soft, while the outer edges are crispy. Because the dough is so thinly spread, it can’t support too many toppings, but the flavour of the toppings is more pronounced.

Popular variations of thin-crust pizza include the traditional Neapolitan pizza and the focaccia (flatbread) pizza. But if you ask which pizza crust is the best, you’ll probably hear that the New York-style crust is the winner in the thin crust category. Some say that the secret of this crust lies in New York’s water, which makes this pizza pliable and light enough to be folded in half.

If you’re looking for a hearty pizza, then the thick crust is the way to go. The more than 1cm-thick dough is prepared by hand to fit the baking pan. And because of its hearty base, thick crust pizza can handle many sauces and toppings.

The best aspect of a thick crust, however, is the airiness of the dough. The yeast in the baking process causes the dough to rise with tiny air bubbles forming inside—topped off with a crispy crunch developing on the outer edge of the crust.

What’s better than a good pizza crust? A stuffed pizza crust. A thick-crust dough is used to make a stuffed crust, with the outer edges filled with cheese or toppings, then folded over before it goes into the oven.

So, which stuffed crust pizza is best? We have to say that the cheese-stuffed crust is superior to other stuffed crusts. The cheese melts inside the crust and becomes a gooey, delicious treat, making the crust much more than just a piece of baked bread.

When you ask which crust is best for pizza, we advise that it be any crust, as long as it’s coated. Thick, thin, or stuffed, a coated crust takes your pizza to the next level. The crust can be covered with sesame seeds, salt, pepper, and, best of all, parmesan and garlic.

If you wish to make a coated crust pizza at home, you should use a pizza stone for baking to get the best possible results. But if you have a pizza stone, keep in mind that pizza stones need to be cleaned after each use.

Chicago is home to deep-dish pizza, which has given a new meaning to pizza and crusts. You may ask, why is there such a crust on pizza? Every Chicagoan will tell you that their crust is packed with delicious toppings, a lot of cheese, and sauce on top. Plus, deep-dish pizzas are baked in oiled deep-dish pans, which give them their crispy, buttery taste and texture.

These pizzas, however, need to be baked longer (between 30 and 45 minutes) than a regular pizza. And deep dish pizzas are always served uncut; otherwise, all the toppings would collapse, and the crust would become soggy.

Pan-crust pizza is similar to the Chicago deep-dish, except the pan-crust is softer than the deep-dish crust. In comparing the different types of pizza crust, the pan crust is neither thick nor thin but somewhere in the middle.

The pan crust is crunchy on the edges and bottom but has a soft and chewy interior. Baked in an oiled pan, this crust is an excellent base for any topping, ensuring that you won’t eat a soggy pizza.

Sicilian-style pizza (a Detroit-style pizza) is a thick crust pizza that’s always baked in squares. Because of its shape, the Sicilian crust is slightly thinner than the original thick crust and has a chewier quality. It also has a higher crust-to-topping ratio and a fried-like texture because it’s baked in a heavily oiled pan.

When you consider the crispy bottom and soft bed of the Sicilian pizza pie, you can see why this crust is so popular and found its way onto our list.

So, again, which crust is best for pizza? The St. Louis-style pizza—named after the city of St. Louis in the US—is in a league of its own. This trademark pizza has a round, thin crust, much like a salty cracker. Made from unleavened pizza dough (without yeast), it’s topped with Provel cheese—a combination of provolone, cheddar, and swiss cheese, a unique ingredient of St. Louis pizza. Even though the St. Louis-style pizza is round, it’s traditionally cut into squares or rectangles when served.

The deep-pan vs thin-crust pizza discussion does not include the Greek-crust pizza. The medium crust of this pizza is thick and chewy yet with a flaky interior and can be fried in a skillet.

Being puffier than the regular thin crust—yet not quite as robust as a deep-pan crust—the Greek crust is an excellent base for any topping, not just traditional Greek toppings, such as olives, onions, and feta cheese. Because of these qualities, Greek pizza became popular in Western (and other) countries.

So, now, what is the healthiest pizza crust? The cauliflower crust doesn’t contain flour. So not only is it perfect for vegans, but it’s also gluten-free, making it the healthiest option on our list.

Crusts made from cauliflower are thin and crispy and can be topped with whatever you want—although most prefer to top them with vegetables. Be mindful, however, that this crust may burn if you leave it in the oven too long or if you’re reheating your pizza. So if you were wondering which pizza crust is the best for vegans, cauliflower is the answer.

Why is there crust on pizza, and what are some of the best crusts are questions that have been addressed in our guide. But which pizza crust is the best of the best? Unfortunately, there’s no one answer to this question because, ultimately, our choice of the best crust is a matter of personal preference. Some like their crust thin and crispy; others like it thick and airy.

Which is better, thin-crust or deep-pan? First, consider the following main differences, then determine which one is better for you.

We have to say that the deep-pan crust is better for the practical reason of it being more filling. But what is the healthiest pizza crust of the two? A thin crust has less dough and fewer toppings—therefore, fewer calories. But it’s a matter of personal preference when it comes to taste.

How to Choose the Perfect Pizza Crust

Each person has a unique sense of taste. What’s perfect to one person may not seem ideal to another. But when choosing the perfect pizza crust, look for the following fundamentals that define your incomparable crust.

Although many other elements contribute to the perfect crust, these three are the most important. The ideal crust includes good density, the right texture, and a heavenly taste.

We’ve listed the 10 best pizza crusts available today. But choosing from the many varieties can seem challenging. Which stuffed crust pizza is best? Should it be a thick or thin crust, deep dish or pan crust? Let our guide help you decide which crust is better than the rest.

What is the most popular pizza crust?

Although there are no precise numbers on the type of crust people prefer, it’s thought that thin crust is more popular than all others.

Why is thick crust pizza better?

Thick crust pizzas are heartier and more filling, and they can take the weight of more toppings. So if this is what you fancy from pizza, thick crust is better than thin.

Which is better - hand tossed or thin crust?