The technological revolution and the rise of the internet have made texting an integral part of everyday life. Yet, even if you are a texter, you may not be familiar with all the texting-related complexities or facts about its history. We have assembled some compelling facts that will help you understand the background of your texting habit. 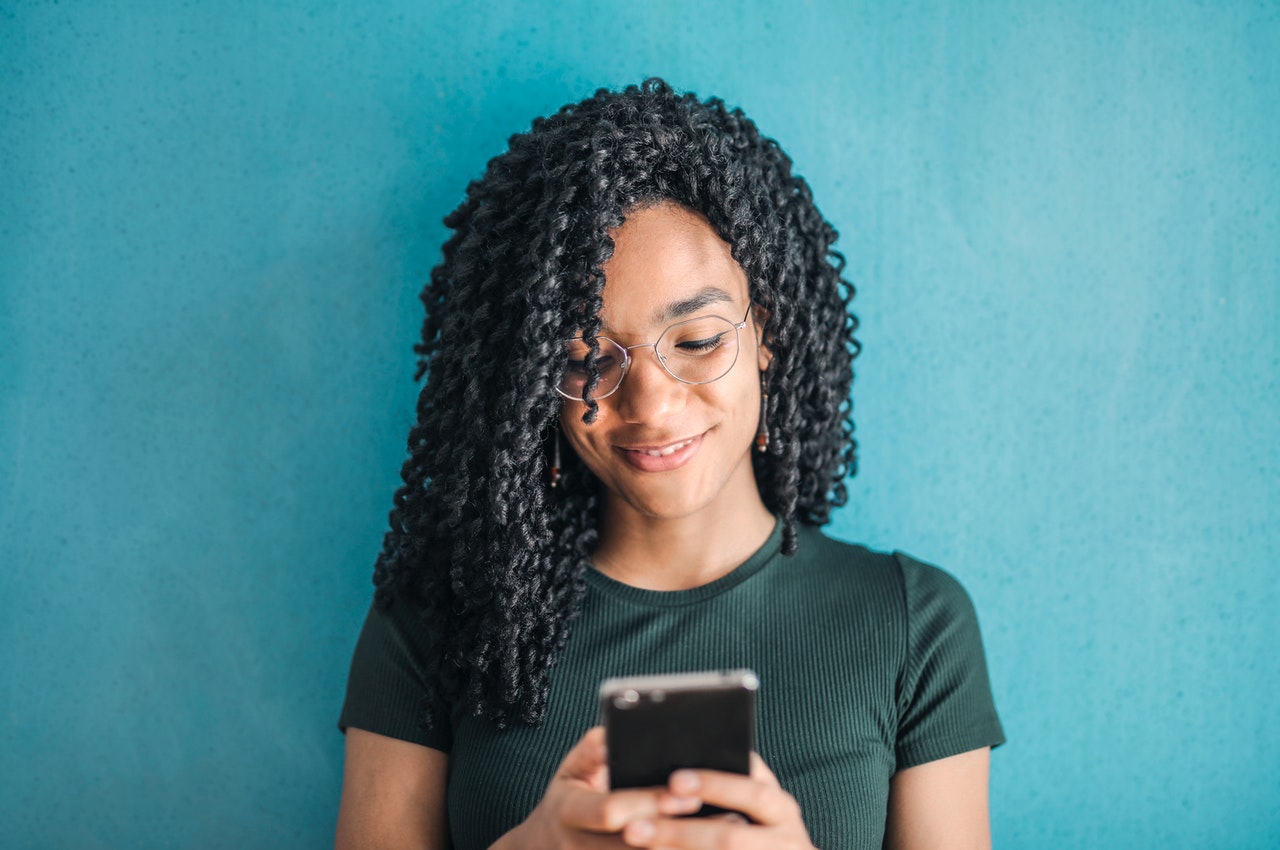 The history of texting is still young, yet it has managed to record many events and milestones in its short life. Check out these notable facts about our texting technology past.

#1 The idea for texting was first presented in 1984

Finish engineer Matti Makkonen first came up with the idea of texting in 1984, which he pitched while having a pizza in Copenhagen. Today, Makkonen is still referred to as the ‘father of the SMS’.

Facts about texting reveal that Friedhelm Hillebrand and Bernard Ghillebaert came up with the concept of text messaging, i.e., the Short Message Service (SMS). In 1985, they experimented with the character length of a text message and decided that 160 characters were sufficient for a single text message.

The first text message was sent from a computer to a cellphone on 3 December 1992. Engineer Neil Papworth sent the text to Vodafone executive Richard Jarvis, who didn’t have the option to reply from his brick-sized Orbitel 901 phone. So what did the first–ever text message say? ‘Merry Christmas’.

#4 The first commercial text message was sent in 1993

In 1993, the Irish engineer Brennan Hayden sent the first commercial text message: ‘burp’. This word had nothing to do with bodily functions but was used to signify the birth of the new communication technology.

Entrepreneur Cliff Kushler invented the T9 keyboard (text on 9 keys) in 1995, which sported the predictive text option that made texting significantly easier. The invention of the QWERTY keyboard in 1997—which we still use today—made texting even more straightforward.

One of the text–messaging trends that revolutionised the texting world was the invention of the Multimedia Messaging Service (MMS), made available on mobile devices in 2002. It allowed users to send photos and videos.

How have things changed from the first text message in 1993 to the present day?

The most recent texting statistics for 2021 reveal 5,035 billion texters globally. In addition, it was estimated that 97% of smartphone owners regularly use the texting function on their phones.

#9 Texting is the most utilised smartphone function

#10 At least 72% of the English-speaking population are texters

Texting facts reveal that 98% of text messages are read at the end of the day. Around 72% of the English-speaking world uses text messaging to communicate. The numbers are even higher among the young—95% of English speakers aged 18 to 29 text regularly.

Texting today is the most popular form of communication, with peak time to send and reply to texts between 22:30 and 23:00. Psychological facts about texting confirm that late-night texting is often associated with sexting or cheating. Stats on cheating reveal that much of the unfaithfulness is done via text.

Around 76% of smartphone users say they are more likely to respond to text messages than emails. So if you want a quick response, an SMS is the way to go.

Phone marketing has been around for a while, but new research suggests that 70% of people prefer getting text messages rather than phone calls when contacted for marketing purposes.

The question, ‘when did text messaging start and how did it develop’, leads us to ask, who is texting whom and how often do people text?

#14 China and India have the most significant number of texters

China is the world leader in texting with 1,081 million, followed by India at 730 million. Many long–distance relationships rely on texting to keep relationships afloat—not just in China and India but everywhere.

Texting statistics in 2021 revealed that one Brit receives 33,800 messages, notifications, and alerts per year. This number showed a 427% rise from 10 years ago when phone calls were the preferred form of communication.

According to facts about iPhones, Apple manages 40 billion iMessages per day. When that number is divided by iPhone users, an iPhone user sends and receives 53 texts in a single day.

#17 Over 65 billion texts are sent via WhatsApp every day

Android users send 40 billion SMS texts per day, but one of the most recent text–messaging trends is sending texts via WhatsApp, which manages 65 billion texts each day.

#18 The number of sent SMS and MMS messages is declining

Though messenger apps have experienced an increase, the sent number of SMSs and MMSs began to rapidly decline in the 2010s. From 2012 to 2017, the average cellphone user’s number of texts sent per day fell to 82 from 162.

#19 Teens send 10 texts per hour during the day

Facts about texting confirm that teens text a lot. The average teen sends 10 texts per hour. Millennials pride themselves on having a better cellphone etiquette than younger generations, but they, too, spend a lot of time texting—33% of overall Millennial phone usage is through texting.

Women spend more time on their phones than men—though there are no exact numbers to corroborate this. They also text more than their male counterparts and use social media more often.

Reading and writing texts impairs our ability to focus on a task at hand and slows our reaction time by 70%. Therefore, it’s crucial to put the phone away when engaging in potentially dangerous operations, such as driving a car.

One of the most concerning psychological facts about texting is that people of all age groups noted that they prefer texting three to eight times more than face-to-face communication. Two out of 10 stated that they would even give up their morning coffee to text.

Phone usage behind the wheel significantly increases the chances of a car crash—even with a hands-free phone—slowing your reaction time by 30%. The most dangerous practice, however, is texting and driving. Texting and driving statistics reveal that texters are six times more likely to be an accident—even more likely than those driving under the influence of alcohol.

In the UK, the fine for drivers caught using their mobile devices while driving is £200. And if a driver is pulled over during their two-year probationary period after a driver’s test, their licence could be revoked. They’ll also be required to retake the test—both the theoretical and practical part.

When did texting start to be a health issue? It’s been proven that screen time heavily interferes with sleep cycles. Therefore, it’s recommended that you don’t engage in late-night texting. If you’re texting that special someone late into the night, remember that they won’t fall in love with you via text. There are plenty of ways to make someone fall in love with you, and texting is not one of them. Go to sleep.

#26 Texters are always at risk of being hacked

We like to socialise via text, including sensitive information about our personal and professional lives. But we tend to overlook the looming threat of hackers. Our history of texting reveals that our texts can be easily hacked and exposed. Anything from your job to your relationship duration can be put at risk by unwanted texts coming to light. So be careful.

Like it or not, texting plays a prominent role in our everyday lives. And much like all other technologies, the good comes with the bad. So be careful with your texts, and remember that some topics are better suited for in-person conversations. Still, it’s staggering to witness what has happened with texting in less than three decades—from the first–ever text message (‘Merry Christmas’) to the current infiltration of all aspects of life.

What is the most common text message sent?

The most common message is ‘I love you’, followed by ‘When will you be home?’ and ‘Where are you?’

How many texts are sent a minute?

Globally, 15,220,700 texts are sent each minute, every day. This number encompasses only text messages, not texts sent via messaging apps. Otherwise, the number would be much higher.

What are the effects of texting?

Texting facts show that even though text messages are an efficient form of communication, they may negatively influence interpersonal development and affect one’s ability to communicate with others, interpret non-verbal language, and form relationships.

Best Monitor Size for Gaming [How to Choose the Ideal Size?] How to Optimize Your PC for Gaming in 10 Simple Steps How to Block a Website [Steps Explained in Detail] Best Proxy Server