UK burglary statistics are quite concerning. Many live in constant fear of having their homes burgled. The COVID-19 pandemic caused a decrease in the number of break-ins, but as soon as the lockdown ended, the numbers began rising again. Since this is such an important topic of national concern, we decided to look at how often burglaries happen, how much damage they cause, and how burglars gain entry, and what they steal. 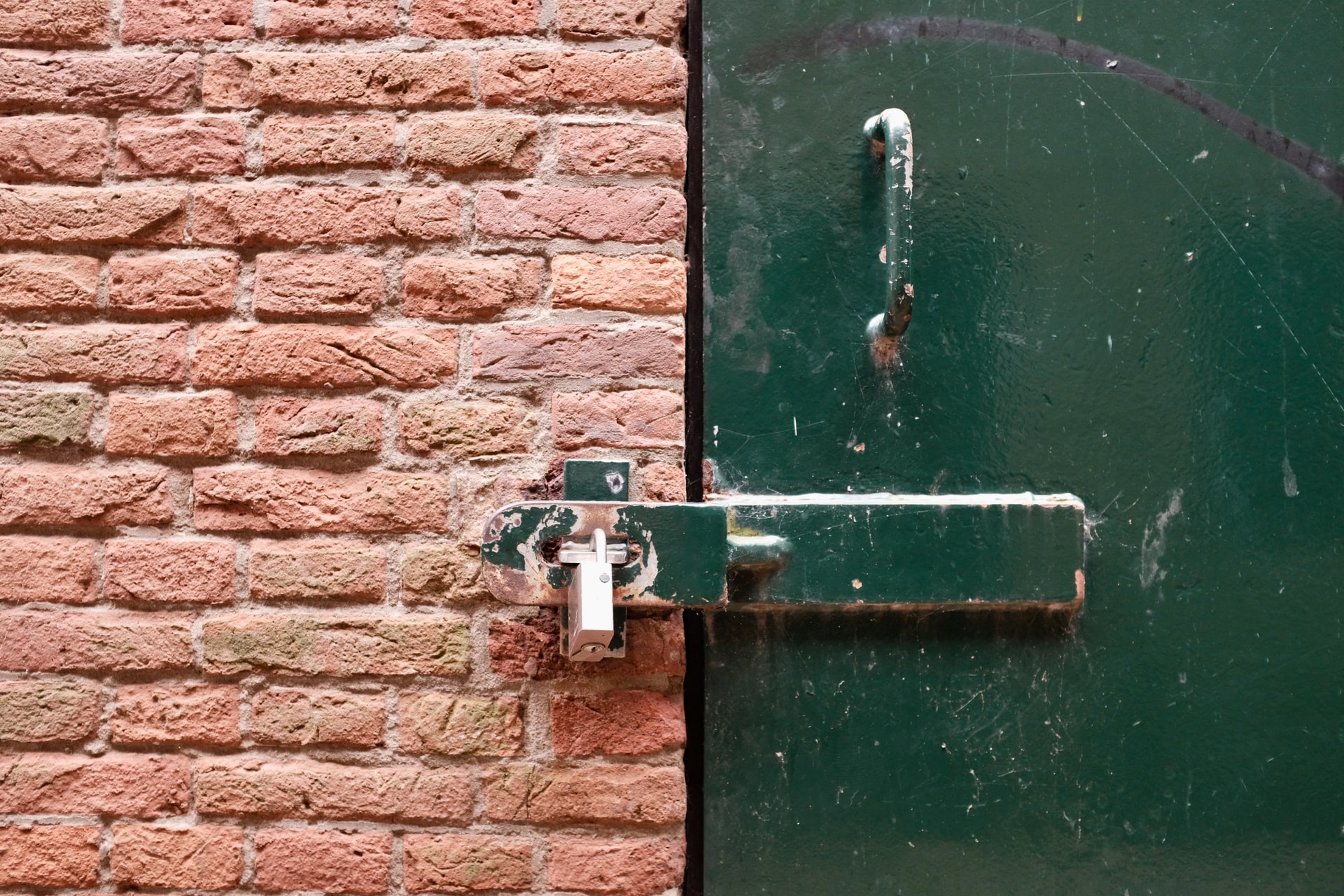 Burglary is a common crime in the UK, so we decided to look at the burglary statistics for the UK that show how often people’s houses are broken into and how the numbers have been rising and falling in the past year.

The latest numbers on burglary show that in 2021 there have been 267,000 burglaries reported across the UK. But even though this is a significant number, the numbers have slowly been falling since 2002.

Burglary in the UK decreased significantly amidst the COVID-19 pandemic, as millions of people were forced into lockdown. As a result, there has been a 30% decrease (or some 116,000 less) in the total number of burglaries from 2020 to 2021. In this same period, however, the amount of household debt in the UK has also been rising, which is also a serious national problem.

Following the lockdowns, the number of burglaries increased again. The number of reported burglaries between April and July 2021 reached 68,013—showing a consequent growth with each passing month. UK burglary statistics for 2021 show that there were 16,294 burglaries in April, while in July, the number reached 17,274.

In the UK, 817 houses are broken into each day, meaning that thousands of people face the consequences of a burglary every day, including financial damage and emotional distress. Burglaries also significantly affect the savings of the average person in the UK since they incur additional costs.

#5 A burglary takes place every 106 seconds in the UK

Burglary statistics show that the UK has a serious problem with domestic burglary. A UK home is broken into every 106 seconds, i.e., one home in less than two minutes.

Timing and point of entry are essential components of burglaries. So showing when most burglaries occur and how the burglar manages to gain entry to the property is vital.

What time do most break-ins occur in the UK? Even though many believe that burglaries happen exclusively at night, more than one-third (38.1%) of all burglaries occur during the day.

The six-hour window between midnight and 6:00 a.m. is a popular time for burglars—25.8% of residential burglaries occur within this time frame. Late evenings are also quite popular with thieves—13.4% of break-ins occur between 22:00 and midnight.

#8 In 64.1% of attempted and successful residential burglaries, someone is in the home

In 64.1% of the cases, someone is at home during a residential break-in or an attempt of a home invasion in the UK. Out of those who were home during these incidents, 43% were unaware of what was happening; 11% were aware but didn’t see the offender, and 46% were aware and saw the burglar.

#9 More than half (58.7%) of burglars gain entry through the front door

We all like to believe that the front door of our house is resistant to break-ins, but this is not the case. More than half (58.7%) of all burglars enter your house via the front door. Home burglary statistics for the UK also show that in one-third of burglaries, access is gained through the back door, while in only 7% of the cases, the burglar’s point of entry is at the side of the house, through a window.

#10 In 1 out of 7 burglaries, the burglar enters through an unlocked door

Surprisingly, many people leave their doors unlocked. In 1 out of 7 burglaries, the premises are entered through an unlocked door. In one-third of incidents, the lock is forced opened, necessitating a costly repair.

#11 In 47% of cases, burglaries are based on a spur-of-the-moment decision

According to home burglary statistics for the UK, 47% of burglaries occurred on a spur-of-the-moment decision. Burglars often seize favourable opportunities on the spot. This is why your home must look secure from the outside.

#12 In 1 out of 5 burglaries, the burglar enters through a window

In 1 out of 5 burglaries, the burglar enters through a window but only breaks it in 6.3% of the cases. Many leave their windows unlocked—45% leave them unlocked in unoccupied rooms, which serves as an excellent entry point for burglars.

#13 In 7% of burglaries, the perpetrator pushed aside an occupant to enter the property

UK burglary statistics for 2021 reveal that in 7% of cases, burglars showed up at the front door and pushed aside an occupant to enter the property. So it’s vital to exercise caution when opening your front door. Make sure to install a spy hole, video doorbell, or at least a safety chain.

Who are those that break into our homes, and where are they most likely to do it? We compiled a few stats regarding who breaks into your home and in which parts of the UK.

Burglary statistics for the UK for 2020 show that a single offender committed 70.1% of burglaries. In 18% of burglaries, two thieves were involved, while in only 11.9% of incidents, the burglary was committed by three or more criminals.

#15 Approximately 43% of burglars know their victims

It’s estimated that 43% of burglars know their victims. The burglar can be anyone from a close relative or neighbour to a handyman. But more than half (57%) of all burglaries are committed by a stranger.

#16 In 48% of burglaries, homeowners were threatened with violence

When do most burglaries occur in the UK? Most happen when someone is on the premises. Out of all those who have encountered a burglar, 48% were threatened with violence, while 27% stated that violence (or force) was used during the burglary.

Every year, £181 million is stolen from London homes, with the Balham and North Finchley boroughs having an exceptionally high burglary rate at 34.8 incidents per 1,000 households. But this doesn’t mean that these boroughs are riddled with other types of crime—they’re just particularly susceptible to burglary.

Burglary rates in the UK are lower in rural areas, with only 2.9 per 1,000 households, relatively low compared to some urban areas.

Swansea is one of the safest British regions when it comes to burglaries. Some areas—including Abercraf, Upper Cwmtwrch, and Haverfordwest—haven’t reported any burglaries in the past year.

All burglaries come with a certain amount of damage. In some cases, this is merely financial damage, but many incidents cause emotional distress for the victims. So how much damage do burglaries incur, according to burglary statistics for the UK?

The most commonly stolen items during burglaries are related to money. Wallets, purses, cash, and credit cards are stolen in 40.2% of all residential burglaries. Additionally, in one out of three burglaries, jewellery and watches are taken from the home, while in one out of four incidents, such stolen goods as computers and other electronics are taken.

Most burglaries result in no property damage because of entering through unlocked doors. But burglary facts for the UK reveal that if force is used during the break-in, the repair costs can range from £100 to £5,000. (Costs are higher if the owners have to replace damaged doors and windows.)

#24 Burglary victims reported that they were emotionally affected in 83.5% of cases

Following 83.5% of burglaries, victims stated that they were emotionally affected by the break-in. People experience a broad range of emotions following a burglary, including shock, anger, and nervousness. One-third of respondents said that they had difficulty sleeping afterward because they felt vulnerable.

#25 The average value of stolen items amounts to £2,856 per household

Burglary facts for the UK reveal that the average value of stolen goods is £2,856 per household, while the median value is significantly lower at £600. This indicates that in over half of the burglaries committed in the UK, the monetary damage is less than £600. But in some cases, the damage is more significant, which causes the average value to jump to almost £3,000.

Consider the following additional interesting facts regarding a burglary in the UK.

Burglars want to get their job done as quickly as possible. The average burglary takes less than 10 minutes—it’s no wonder why many of them go unnoticed.

#27 Approximately 95% of burglaries in the UK remain unsolved

Data on burglaries shows that some 95% of cases remain unsolved, and only 3.1% of arrested burglars are convicted of a crime.

#28 When the clocks go back an hour, the number of burglaries rises by one-third

Burglary statistics reveal a strange fact. Each time the clocks go back one hour for Daylight Saving Time (DST) in the fall, the number of break-ins increases by one-third. Burglars count on people’s disorientation during the time change. And, unfortunately, it’s also more challenging to pinpoint the exact time the break-in occurred.

Some 20% of all burglary victims didn’t report the crime to the police; 59% said they believed the police wouldn’t take action, while 16% were convinced that the police could do nothing. Home burglary statistics for the UK, however, show that out of those who reported the crime, 58% were visited by the police, 31% were visited within the first hour, and 13% received a phone call.

The most commonly targeted building by burglars is the semi-detached house, with 10,586 households reporting a burglary. Adult-only families are also more likely to report a domestic burglary than those with children, with 25,081 reporting a break-in.

#31 At least 32% of British households have a burglar alarm

It’s been proven that burglary rates in the UK are lower among households with at least one security measure. Some 32% of households have a burglar alarm, while 40% have a security camera. People are less likely to steal from a property with visible security measures in place. So investing in such initiatives is a good idea if you wish to protect your property.

Burglary is a serious problem for UK citizens. And although the past year has witnessed declining rates of domestic burglaries, this unpleasant experience is still part of a harsh reality for thousands. Fortunately, armed with the above stats, there are specific measures you can take to protect your home against a home invasion in the UK so that you can sleep soundly at night.

How common is burglary in the UK?

Which houses do burglars avoid?

Burglars tend to avoid houses with visible security systems and solid doors or properties with such warning signage as ‘Beware of the Dog!’

How many burglaries happen at night in the UK?

UK burglary statistics show that more than one-quarter (25.8%) of all burglaries occur between midnight and 6:00 a.m.