Electric scooters are an increasingly popular mode of transport, and many see them as a cheaper, low-carbon alternative to other modes of transportation. However, there’s the issue of the legality of e scooters, with people asking ‘are electric scooters legal’ and ‘where are you allowed to ride an e scooter?’

In this article, we’ll provide the answers to these questions and give you some information on the future of electric scooters! 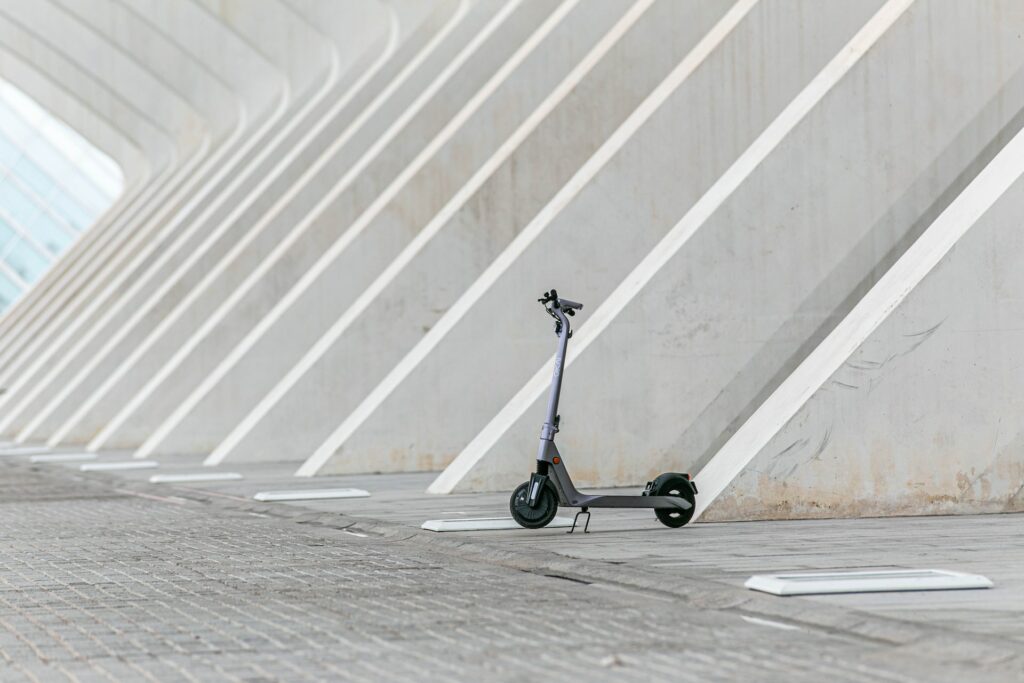 How Do Electric Scooters Work?

The electric scooter is a motorcycle-like vehicle without a seat. It’s battery-powered, but unlike a motorcycle, it doesn’t have pedals or handlebars—it moves when pushed along the ground, controlled by a single throttle on the handlebar.

This probably reminds you of an electric bike, so you may be confused as to why are electric bikes legal but not scooters? Well, electric scooters can reach higher speeds of up to 30km/hour, but the battery needs to be recharged after a certain distance (between 10 and 40 miles). Plus, the battery has a limited lifespan and will need to be replaced in approximately 3 years.

Considering all the advantages of electric scooters, it’s understandable you want to rush out and get one for yourself as soon as possible. However, before making this investment, you need to educate yourself on the legal requirements and restrictions imposed on electric scooter use.

The following sections will clear up all the legal aspects of owning and operating an electric scooter.

Is It Legal to Own a Scooter in the UK?

In the UK, it’s legal to buy or sell electric scooters, so if you wanted to learn ‘are electric scooters legal in the UK for personal use,’ the answer is yes. However, although any UK citizen is free to purchase an electric scooter, there are heavy restrictions when it comes to using one.

Under UK law, electric scooters are classified as ‘powered transporters,’ and it’s illegal to use them on public roads, pavements, or other communal areas without licence and registration.

Is It Legal to Drive an Electric Scooter in the UK?

At present, electric scooters in the UK can be used only on private land and with the landowner’s permission. All roads, pavements, cycle lanes, and pedestrian-only areas are off-limits for electric scooter use.

So, are electric scooters illegal to use in public? Unfortunately, yes. You can legally own one of these scooters and drive it on private property, but that’s about the extent of your options. However, many enthusiasts are waiting for the government to approve the new Transport Bill, which should legalise the commercial use of electric scooters.

Looking to cut costs and lower transport emissions, the government has introduced rental e scooters in select cities around the UK on a trial basis.

At this point, you may be wondering ‘are electric scooters legal in London’? The answer is yes, London is one of the cities where rental e scooters are available, along with Manchester, Newcastle, Bristol, and over 30 other locations. However, you need to meet certain requirements to rent an electric scooter.

Firstly, you need to be at least 18 years old and have a ‘Q category’ driving licence, found on licenses AM, A, and B. You’ll also need to complete an online course and adhere to the safety and usage regulations imposed by the rental company.

Why Are Electric Scooters Illegal on Public Properties?

As you probably figured out, electric scooters are very environmentally-friendly and cost-effective. So, why are they illegal?

Well, there are several reasons why they still haven’t been legalised. As we previously mentioned, these vehicles are classified as ‘powered transporters,’ just like all other motor vehicles. However, electric scooters don’t have all the features other vehicles do—they have no rear lights, no signalling ability, and no number plates, making them unsuitable for use in traffic.

Additionally, electric scooters don’t yet fulfil the same requirements as other motor vehicles—license and registration, insurance, tax, and vehicle construction, which is all impossible with the current electric scooter design.

If you want to know another reason why are electric scooters illegal in the UK, there’s also the rising accident rate, as demonstrated by recent statistics on motorcycle accidents. The increased usage of electric scooters has led to more accidents during the past two years, with several people having lost their lives in e scooter accidents, while hundreds of others have suffered from both minor and major injuries.

These accidents have raised concerns as to the overall safety of these vehicles, and it’s believed the number of accidents involving electric scooters is underreported.

The government is waiting on the results of the rental trial to see what the risk of using electric scooters on public roads is.

Illegal Use of Electric Scooters: Fines and Penalties

Now that you have the definitive answer to ‘are electric scooters legal in the UK,’ you may want to know whether there are any penalties and fines for using an electric scooter illegally.

The UK law states that anyone operating an electric scooter without a licence, under the influence of alcohol and drugs, or breaking any rules for using scooters on public roads, are fined according to the offence.

Speeding with a rental e scooter will cost you between £50 and £100 or add negative points to your licence. Persons driving under the influence can face imprisonment, while those driving private scooters (not rental e scooters) can either be fined (up to £300) , have their licence revoked, or even have their scooter confiscated!

When Will E Scooters be Legal in the UK?

As we previously mentioned, the trial period for rental e scooters in the UK will end in November 2022. Once it ends, the data will be collected and analysed, and based on it the government will pass a new legislation, hopefully legalising the use of electric scooters.

The new government legislation should include speed limits and weight caps, but also designate areas where e scooters can be safely used. However, there’s still some time before the Transport Bill passes and new laws and regulations are put into force, which begs the question: when will e scooters be legal?

Although we can’t say for certain, there are some speculations they’ll become legal at the beginning of 2023, although you’ll more likely be able to own and ride a scooter on UK roads sometime in the middle of 2023.

Hopefully, this guide has cleared up all the ambiguities related to the legality of e scooters, so if you’re eager to get one of your own, wait just a little while longer!

Can I ride an electric scooter on the road?

In the UK, operating an electric scooter on the road is illegal unless the scooter is part of the government e scooter rental programme. To legally ride these scooters, you need to have a Q category licence and fulfil all other requirements.

Under what law are electric scooters illegal?

Currently, there’s no specific law pertaining to electric scooters—they’ are regarded as powered transporters and fall under the same category as motor vehicles. However, e scooters don’t have the same features as other motor vehicles, and can’t be used in the same manner.

Why are e scooters illegal but not e-bikes?

Are electric scooters legal? No, but electric bikes are completely legal. That’s because they have a lower power output, but also reach a lower maximum speed. Plus, they function just like a regular bike, so they’re easier to control and navigate.

Can You Sell a House With a Mortgage in 2022? Types of Houses [Structural & Architectural House Types] What Makes a Promissory Note Invalid & How to Prove Validity How Much Do Mobile Homes Cost & Should You Buy One in 2022