The COVID-19 pandemic has made the last two years financially challenging for many. Although the average pension in UK has seen a recent increase, the future remains uncertain. Millions of people have been forced to reassess their financial situations and dip into savings for support. Pensions have especially taken a hard blow during the current recession, and many fear for their financial stability as retirement age nears. Let’s check out the pension situation in the UK. 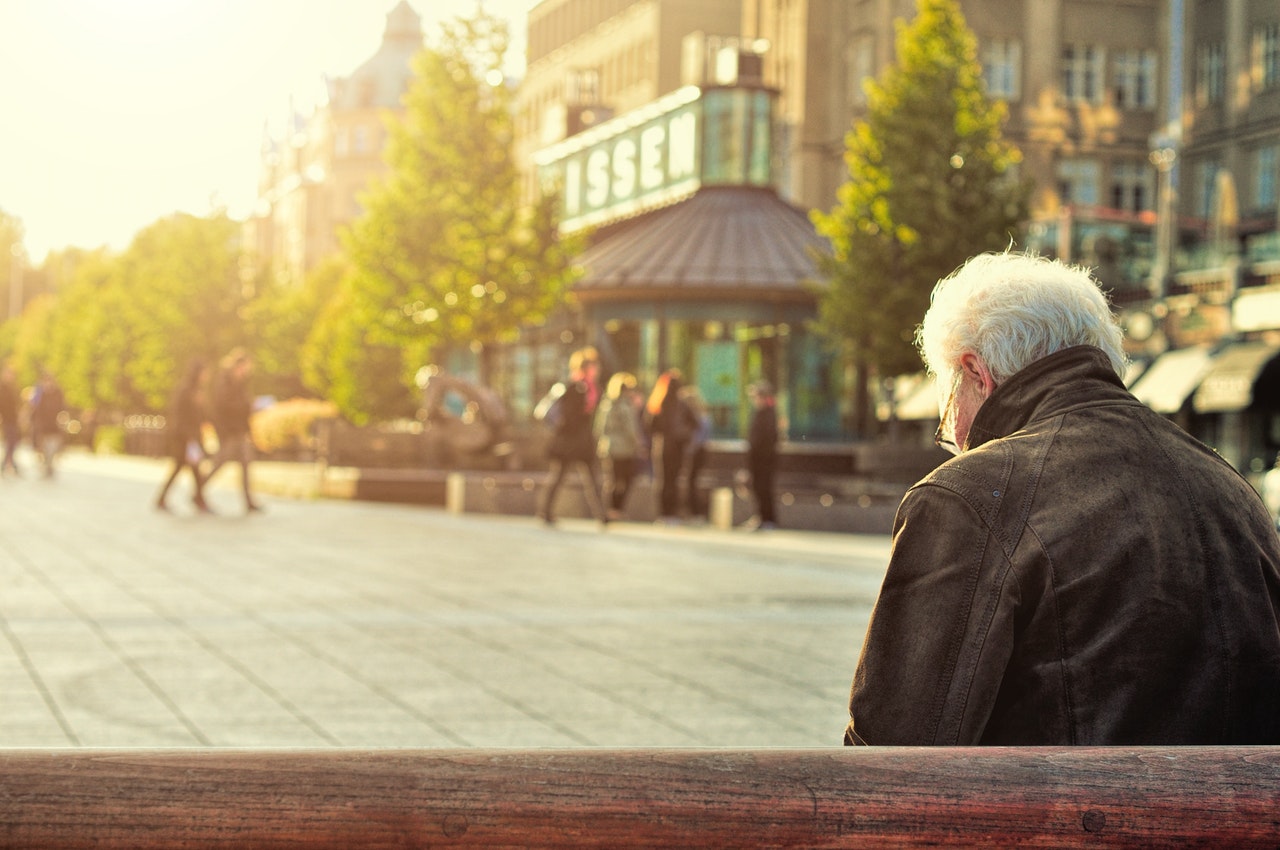 What Are the Numbers Saying?

The average pension may be confusing for UK residents new to retirement, so we singled out important figures and sums.

The average UK pension income in 2020 was £21,663, three-quarters of the median full-time earnings income – £30,472. That being said, this is still 5% higher than the expected income, but it’s simply not enough for many to live a comfortable lifestyle.

Generation X carries the largest pension pots compared to other cohorts. The average Gen Xer pot holds £33,547, while a Millennial pot holds £22,049. Generation Z has the lowest amounts in their average pension pot at only £21,765.

#4 Women possess 64% less than men in their pension fund

Working men have, on average, £62,336 in their pension funds; women have £22,735 in theirs – a 64% difference. Even though the gender pay gap is decreasing, it still influences how much women can save. Women are also more likely to work part-time. 38% of women are employed part-time as opposed to 13% of men, which also affects a woman’s average UK pension pot.

Scottish pensions are seeing a rise compared to the rest of the UK, as the state pays £179.60 maximum pensions to those entitled for 2021-2022. People eligible for the full amount must have 35 qualifying years of National Insurance contributions. How much is the state pension in Scotland? It could be £179.60 but will be lower for most.

The funds from a pensions pot combined with average payments from a state pension amount to £12,000 a year, which is only enough for a basic retirement lifestyle. If you want to enhance your pension, talk to an expert or use software that helps with personal finances.

#8 Couples require £26,000 for a comfortable retirement

It’s estimated that the average income for retired couples in the UK should be £26,000 per year if they want to lead a comfortable lifestyle. This can be achieved with a joint pensions pot of £155,000, in addition to any state pension. Single retirees (divorced or widowed) need more money in retirement since they don’t share housing costs with anyone.

Who Can Retire and When?

There have been many changes for pensions and the age of retirement over the years, so let’s take a look at who is eligible to retire and when.

The State Pension age is the earliest you can claim your share of the state pension; the official age of retirement in the UK is 66. The average pension pot for UK residents comes into play here: if you think you have enough money in your personal pension, you can retire before you’re 66.

Data from 2019 shows that 77% of employed UK citizens are members of workplace pension schemes and have access to the average pension pot at 60. This is a significant rise from 2012 when only 47% of workers were members of such programs.

British citizens need to have at least ten years on the National Insurance record to be entitled to a state pension. These don’t have to be ten consecutive years, and people can always opt to pay voluntary contributions towards National Insurance.

The average pension in the UK per week is £304, or £15,080 a year. According to these numbers, 67% of total retirement income comes from private pensions and only 33% from state pensions.

Data from 2018 shows that 45.6 million people in the UK were members of pension schemes, out of which 17.3 million were active members. Out of these 17.3 million, 11 million were employed in the private sector and 6.3 million in the public sector.

Nearly half of people between 54 and 74 don’t know what is the average UK pension and how much they need to save to enjoy retirement. One in five believe that £50,000 would be sufficient, far less than the actual amount needed.

The Rising Rates of Retirement

The age of retirement has increased, but so has the number of retirees. At the same time, employment rates among the older population are also steadily growing! How can this be? Let’s see exactly what is happening with average pension rates in the UK.

#18 Employment rates have increased in men and women

UK pension statistics show that employment rates and the age of retirement have increased since 1999. Even though the employment rate decreases as people get older, for the first time in history the number of employed women aged 60 to 64 is higher than those unemployed.

#19 The over-65 age group is large and rapidly growing

There are over 11.9 million people 65 and older in the UK; 3.2 million are over 80 and 1.6 million are over 85. This represents a large part of the British population, and these numbers are expected to rise as life expectancy increases.

How much is the average pension? While the number might seem high, remember that not everyone has access to the same funds. 1.9 million people or 16% of those over 65 live in relative poverty. Within this group, 1.1 million live in severe poverty on less than 50% of the median income; 1.1 million people live just above the poverty line, receiving 60-70% of the median income.

#21 Exactly 12.4 million people receive a state pension in the UK

If you were wondering how many pensioners there are in the UK, numbers from February 2021 show that 12.4 million people are receiving a state pension. This is a 130,000 decrease from the previous year since the age of retirement increased.

#22 Turning 55 is a key milestone for many retirees

Turning 55 means that you can access savings from your pension fund, and if you have enough money, you can retire! However, you need to have a substantial amount saved; at least £100,000 (if you make a regular payment of £500) plus the average state pension will set you up with an income of £25,000 per year before tax relief.

The Future of Pensions

We’ve seen the current state of UK pensions, so let’s check out what the future holds for upcoming retirees.

#23 The UK government plans to increase the retirement age

The UK plans to move the age of retirement to 67 by 2028; further increases are planned for 2046, by which time the government hopes to make the minimum retirement age 68.

The COVID-19 pandemic has left millions of people without work or on furlough with decreased income, making it more difficult to reach the career average pension. 43% of the British population is projected to delay their retirement – that’s 13.5 million Brits that plan to work longer than expected.

#25 Retirement delays are expected to be around 18 months

The age of retirement is expected to be pushed back with delays for about 18 months. This varies between generations, though. For those closest to retirement (Generation X) the expected delay is 17 months. For Millennials, this number grows to 20 months, and 24 months for Generation Z.

There are 10.4 million employees over 50 in the UK, showing a 2.4 million increase over the past decade. These numbers are only expected to grow as the age of retirement increases and people work longer to afford a comfortable retirement.

Everyone reaches the age of retirement eventually, so here are a few more tidbits about the average pension that might be interesting.

#28 Edinburgh has the highest pension savings in the UK

The average UK pension depends on the region. The largest pot can be found in Edinburgh at £82,000, while the smallest is in Glasgow with £22,900.

A significant percentage of Generation X (16%) believe that they won’t be able to fully enjoy retirement due to their lack of finance. 12% of Millennials share the same opinion, with only 5% of Generation Z agreeing.

The average pension income in the UK is largely dependent on investments. Pension providers allow you to make diverse investments (for example, buying shares), but if you make one poor investment it can cost you £13,000 over 20 years! If you want a secure investment, it may be smart to invest in gold, while for those feeling more adventurous, investing in Bitcoin is always a good option.

Even though the average UK pension pot is rising, many people are increasingly worried as their age of retirement nears. The current recession and increased living costs make the future seem bleak and uncertain for many future retirees; retiring is much more stressful than it used to be.

What is a normal pension in the UK?

How much is a woman’s pension?

The average pension in UK is £159.26 per week for women; the rest depends on how much they have managed to save in their private accounts.