The UK has enjoyed a long tradition of playing Bingo with widespread popularity. Millions have tagged the game as their favourite pastime. But what does this game entail? What are the rules, and how and where do you play it? 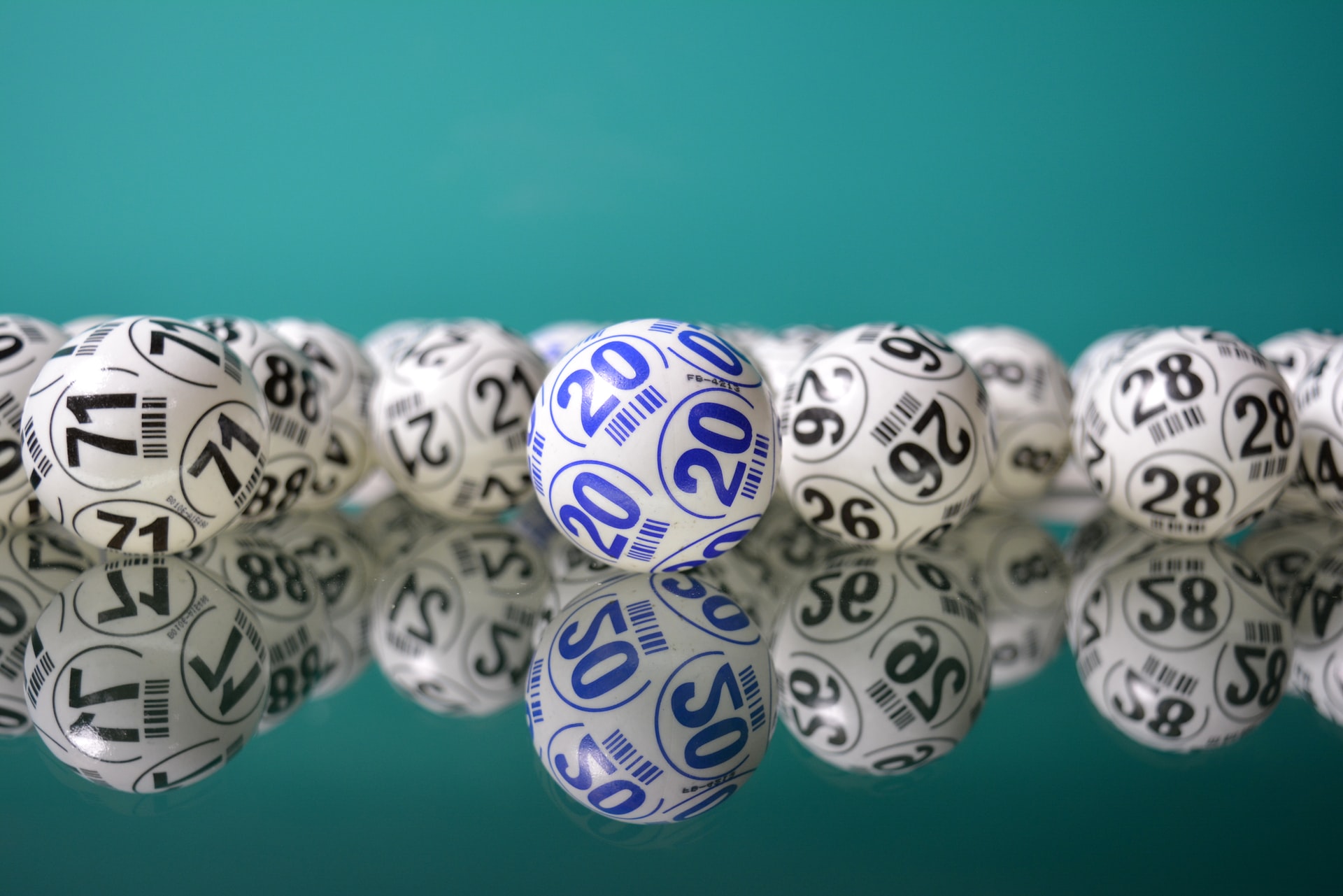 How to Play Bingo: A Beginner’s Guide

Bingo is a gambling game where players match numbers in a single line to win. It experienced a spurt of popularity in the 20th century and has since grown steadily. So if you’re among the many who want to play Bingo, you’re in luck. Our Bingo guide explains everything you need to know about the game.

The 90-ball Bingo is the most traditional form of the game, and even though the rules vary— depending on the game—the main objective is to cross off either one or two lines or a full house of matched numbers when all 90 balls are called.

The 80-ball game has slightly different rules of Bingo. For starters, the ticket has 16 numbers arranged in a 4×4 grid, and the columns on the ticket are in different colours. You can win with several patterns: diagonal, horizontal, vertical, full house, or four corners.

The 75-ball Bingo uses 75 balls instead of 80, and the tickets have five columns and five horizontal lines. The way to win is for players to complete a predetermined pattern (cross, blackout, diamond, etc.) by marking the numbers on the card that follows the design. You can win the offered prize if you’ve drawn the required pattern.

What is Bingo, if not a fun game? The same holds true for the 52-ball game, but this game contains playing cards instead of balls. The 52-ball name is derived from the number of cards in a standard deck. Each player receives five cards and marks them off as the Bingo caller announces the numbers.

Slingo is a fun combination of slots and Bingo. You should know how to play this Bingo game and win. You first need a Bingo card with 25 numbers and spin the reels to cross them off. The end goal is to produce Slingos and win a prize, usually money.

When arriving at a Bingo hall, choose a game and buy a Bingo book consisting of tickets. You’ll see that one book contains many pages—each page has a different game, with several tickets per page.

Most Bingo halls allow you to buy between one and six books. (The more books you buy, the higher your chances to win.) But if you’re a beginner, six books may be overwhelming—so we advise starting with one or two (three at most).

How Does Bingo Work?

The main objective of Bingo is to cross off all the numbers in a single line before anyone else does. If you’re playing land-based Bingo, you’ll hear the numbers randomly called out by a Bingo caller. If you’re playing online Bingo, the computer assumes the role of the caller and displays numbers. And rest assured, the numbers at all the newest Bingo sites are random—they use an electronic random number generator (RNG) to ensure fair gaming.

How Many Numbers Are in Bingo?

Bingo tickets typically have 27 spaces arranged in nine columns and three rows in the UK. A winning ticket requires that you mark five numbers in a single line. If you have a winner, you need to shout ‘Bingo!’ before anyone else does and wait for someone to come and check your ticket. Whenever a win is confirmed, the game goes to the next stage, where players mark 10 numbers on two lines to win.

And if you want to learn how to play virtual Bingo, there’s nothing to it. When playing online, the computer does all the work for you—just sit back and wait.

You bought your ticket, and you’re ready to play. What’s next? Our four-step guide will show you how to play Bingo games and quickly prepare you for your first game.

#1 Pay Attention to the Numbers Called

When the game starts, the Bingo caller announces the numbers. You need to pay attention to each number being called and cross it off your ticket if you have it. If you’re playing online Bingo, the called number will be automatically crossed off.

When a player crosses off all the numbers on the ticket in the required pattern, they should shout ‘Bingo!’ or ‘House!’ (depending on the Bingo hall) to finish and win the game, as per Bingo rules for the UK. Otherwise, the player doesn’t win, even though they had crossed off the correct numbers.

When you shout ‘Bingo!’, you need to wait to have your winning ticket verified by one of the attendants in the club. Then, you can claim your prize.

Once the game ends, another one starts. You can decide to buy more tickets if you don’t have any left and continue playing. So the question of how to play bingo is not complicated.

As previously mentioned, the main objective of the competitive game of Bingo is to be the first player to have all the numbers on the ticket in the predetermined pattern. When this happens, the player should shout ‘Bingo!’ or ‘House!’ to claim the prize.

Even though Bingo is often a social function, players need to pay a fee or buy a ticket to play, and there’s always a prize for the winner. So it is a form of gambling. And for those wondering how to win at Bingo, remember that this is a game of chance and doesn’t require any particular skill.

The Bingo rules for playing land-based Bingo in a hall or club and playing online are similar. When playing online, you don’t need to buy tickets or cross off your numbers—the online platform takes care of this. And, of course, you can play from the comfort of your home or play online Bingo on the go—anytime, anywhere.

How Do You Play Bingo Online?

How to Play Bingo on Zoom

You can organise a Bingo game for you and your friends via Zoom. Decide how to play and how many will participate. Then, schedule a meeting and share the meeting ID with your friends.

But how do you win at Bingo on Zoom? You can opt for pre-made Bingo cards instead of numbers or use an online Bingo number generator. You can also choose a term that signifies a win, mark the cards, and decide on rules of how to win. You can also have prizes.

How to Play Bingo in the UK

Bingo is particularly popular in the UK, but it’s also played in many countries. Even though the essence of the game is the same, there are some differences that set apart British Bingo from the US version of the game.

Differences Between UK & US Bingo

What sets the US and UK Bingo games apart is that the game is typically only played commercially in casinos or other gambling establishments in the US. In contrast, the game is often played in privately-owned Bingo halls in the UK. The other notable difference is that Brits prefer 90-ball Bingo, while Americans like to play 75-ball Bingo.

If you wish to know how to win at Bingo in the US, remember that the game is significantly more competitive than in the UK, with those in the US often playing with many more tickets.

How Old Do You Have to Be to Play Bingo?

You must be at least 18 years old to play in a Bingo hall, online, or any form of Bingo in the UK. Bingo is a popular form of entertainment for seniors, but this is slowly changing. More of the younger generation is becoming more interested in the game, especially after winning at Bingo online.

Bingo is a popular form of fun—and for good reason. The game doesn’t require particular skills or knowledge that you can’t get by reading our Bingo guide. And now that you know how to play the game join in on the fun.

How do you play UK bingo?

The Bingo rules in the UK are straightforward. The numbers are arranged in nine columns and three rows. All you need to do is cross off the number as it’s being called. You win if you successfully cross off all the numbers in a single line.

How do I host an online bingo?

You can host a game of online Bingo via Zoom. Simply schedule a meeting, invite your friends, get some bingo cards, and you’re ready to start playing.

What are different ways to play Bingo?

The several types of Bingo include 90-ball Bingo, 80-ball Bingo, 75-ball Bingo, and the 52-ball type. The only difference between these is the number of numbers included in the game. The principle, however, is the same.

How do you play Bingo at home?

Suppose you want to know how to play bingo with cards at home—deal five cards (face up) to each player from the first deck of cards. One caller should call out the card numbers that players must match. The caller takes a card (one at a time) and calls out the suit/number. The player with the called card turns it face down. The first player to flip all their cards face down wins.

A Guide to Living Off the Grid [7 Things You Need to Know] How to Become an Appraiser in 2022 How to Flip Houses With No Money in 2022 What Shows Up on a Rental Background Check?