Mac Users Who Want to Use Windows as Well

While Macs and PCs are two separate ecosystems, if there is one thread connecting them, that would be Parallels Desktop software, which enables Mac users to run Windows as a virtual machine (VM). Parallels Desktop 16 was released in August 2020, with the support for the MacOS 11 Big Sur and several major improvements.
Parallels has been serving Mac users since 2007, offering simultaneous use of Windows and MacOS on a single computer, side by side. The company also offers Remote application software for cloud-based desktop and apps, and Parallels Access, a remote desktop solution. In this Parallels review, we will look at the platform’s additional features.

Parallels is successfully developing several other products together with Parallels Desktop, all in virtualization and cloud deployment:

One of the best features of Parallels Desktop 16 is the way Windows is installed and integrated with MacOS. Users don’t need to purchase Windows beforehand, as the system will just install Windows 10 as a virtual machine and the product key can be added later. A complete Windows system can be copied from a physical PC, and or imported from Boot Camp as a new virtual machine. This is a better option than running Windows on Boot Camp partition, as there is less space used, and many Parallels Desktop features, like system snapshots, are not available when running Windows via Boot Camp.

Windows is extremely fast with Parallels Desktop 16. The boot time is under 20 seconds, two times faster than in previous versions, and the system can run all apps, just like with the same hardware on a Windows machine. Parallels Desktop now supports Direct X 11, but playing graphics-intensive 3D games is still not realistic. All Parallels gaming performance reviews conclude that only very casual gaming is possible, so installing Windows on Boot Camp partition is a much better solution. Resuming and shutting down is now 20% faster, thanks to an emulated PC BIOS, a tremendous achievement in PC virtualization. Battery life in travel mode is increased by 10%, there is real-time virtual disk optimization, and 2GB video memory support.

Integration between MacOS and Windows in Parallels Desktop 16 is so deep that two operating systems are not only working side-by-side, they complement each other. In coherence mode, Windows and Mac apps appear on a single desktop, while Mac filetypes can be opened from Windows, and Mac desktop files are shown on a Windows desktop. A virtual Windows PC is visible to any Windows network, so the users can have both their “work” and “private” laptop within a single Mac.

Several features of Parallels Desktop 16 really stand out. One is the ability to install not just Windows, but also Linux, Android, and other copies of MacOS as a virtual PC. Files can be dragged and dropped from one OS to another, keyboards are synchronized regardless of the language, and the touch bar is fully supported while using Windows. There are abundant virtual machine controls for fine-tuning, excellent Retina display, and picture-in-picture support, with unified license keys for apps in the Business Edition. All these features make Parallels Desktop 16 customizable and suitable for all users.

We covered the prices in the Breakdown section of this Parallels review, so let’s now compare the editions.

Almost every Parallels Desktop 16 review we have seen is positive, while the product has a 4.7/5 rating on Trustpilot and 8.8/10 on TrustRadius. Most users claim that everything works as advertised, and almost all complaints are focused on recurring fees. Some users, however, complain that their Windows software is not running the way it should or that Windows apps are not as fast as expected.

Parallels Desktop 16 is also optimized to support MacOS Big Sur 11. Although Parallels Desktop 15 users are not entitled to a free update to the new MacOS, the subscription-based option is recommended in order to stay up-to-date. It offers not only free upgrades but also the ability to access your MacOS from any iOS/Android device.

Even more interesting are Parallels for Home reviews and Parallels for Business reviews that touch on the future of the platform. Apple is switching from Intel x86 processors to ARM architecture later this year, and all the efforts Parallels invested in Parallels Desktop for 15 years were aimed to make the software work on x86 (simply known as PC) platform. Most experts are doubtful that Parallels will quickly adapt to this colossal change. Another problem is more mundane. Simply, there is less and less Windows software that is not already available on Mac, and most balanced and trusted Parallels reviews are agreeing on that.

Parallels Toolbox is a set of mini-apps, which open with one click on a Mac or Windows desktop (Parallels Desktop included). The Toolbox is free for all subscribers and costs $29.99/year if bought separately. Parallels Toolbox includes 44 applets, similar in look to Android’s Quick Settings Menu. Some applets are concerned with multimedia, such as making a GIF or “Record Windows”, some with system tasks, such as “Uninstall apps” or “Clean drive”, and yet some with file managements, like “Show hidden files” or “Unarchive”. The tool is ideal for less skilled users.

Any talk about Parallels services would be incomplete without the Parallels Access review. Parallels Access might easily be the best remote desktop software on the market. Most users opt for free solutions, such as TeamViewer, but Parallels Access is so full of features it is worth the price of $29.99/year. The software is also free for Parallels Desktop subscribers. It offers a great remote desktop experience from mobile devices, as shortcuts for the away desktops apps appear as apps on mobile devices. The interface allows the use of all desktop apps, whether PC or Mac, with a mobile device, with excellent zoom and selection features. There are many more features, like unified file management for all cloud files, and support for up to five PCs.

There are several alternatives for running a virtual Windows PC on Mac side by side with MacOS, but most experts agree there are only two serious competitors — VMWare Fusion and Oracle VirtualBox. All three solutions have their advantages:

As our Parallels Desktop review has shown, Parallels Desktop is the best Windows virtualization software on Mac for average users, bringing the full Windows experience to customers without the need to reboot. Users can easily access files from their Macs and much more, with good speed and reliability.

The product is on the expensive end, however, Parallels insist that 10 years of subscription to their product is cheaper than buying a separate Windows PC. To be fair, Parallels Access is great software, and it raises the value of Parallels Desktop 16 subscription. If Apple hadn’t suddenly announced the switch to ARM, we could easily end this Parallels for Mac review with a wholehearted recommendation, but we will have to revise that to a recommendation limited to the present, while the future remains uncertain.

What is the best Parallel software for Mac?

The best-known software is Parallels Desktop, the leading desktop virtualization software for Macs for the last 15 years. But we would also add Parallels Access, the best software for controlling remote computers from mobile devices, available for iOS and Android.

Where to buy Parallels for Mac?

We would recommend buying Parallels from the official store on parallels.com. We didn’t find any website offering lower prices than the official store, except for onthehub.com, a website that offers software at discount prices for teachers and students (users must verify their identity).

How much does Parallels for Mac cost?

As we saw in our Parallels desktop pricing review, there are several options, with the two most popular being, $79.99/year for Standard Edition, and $99.99/year for Pro Edition. But if you are not planning to buy a new Mac in the next three years, we would recommend a Standard Perpetual license for $99.99.

Why can’t I play Windows games with Parallels Desktop?

Why is Wine software not a viable alternative?

In this Parallels review, we omitted Wine as MacOS stopped supporting Wine since “Catalina” (2019). Wine is still a great free alternative for all previous MacOS versions. 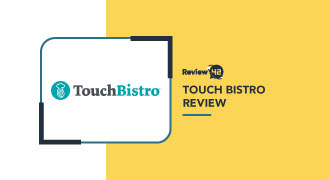 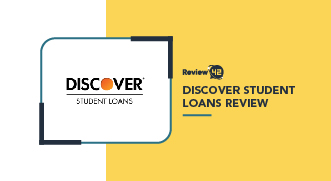 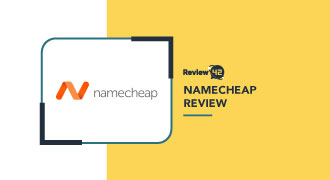 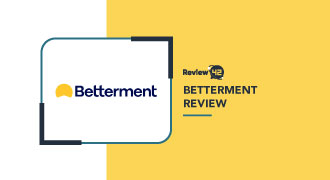