Unsurprisingly, Elon Musk managed to influence Dogecoin’s value yet again. On July 17, the billionaire changed his Twitter profile picture to a headshot of him with Doge reflecting on his sunglasses, making Dogecoin’s price increase by 10%, Forbes reports. 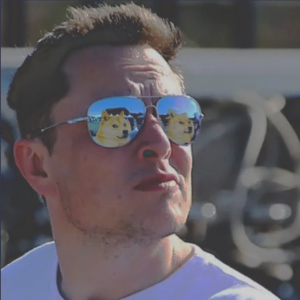 It’s no secret that Dogecoin has been struggling during the last few months. Its peak value of $0.73 on May 8 has been followed up by an underwhelming track record with a few temporary boosts here and there, most of them initiated by Musk, who’s been the loudest and most influential supporter of the meme cryptocurrency.

With the most recent jump, Dogecoin’s price increased by 10%, reaching a value of $0.2. However, the increase was fleeting, and, soon enough, the price slid down to normal levels, with the current value being $0.179. This begs the question—has Elon Musk lost his crypto touch?

Musk’s Influence on the Cryptocurrency Market

Dogecoin isn’t the only cryptocurrency that’s struggling at the moment. Most of them peaked in May and have been struggling to regain momentum since.

While other factors contributed to this, one of the reasons for the drop in cryptocurrencies’ values was Tesla’s announcement that it will stop accepting payments in Bitcoin due to environmental concerns. This was, of course, announced on Tesla CEO Elon Musk’s Twitter profile, where he’s been giving all his hot takes on the crypto market.

Since that event, potential investors have been wary of investing in Bitcoin and cryptocurrencies in general. As a result, Bitcoin has suffered a massive loss of gains. Although volatility is a well-known cryptocurrency feature, the current situation is making some question the future of cryptocurrencies.

Before denouncing Bitcoin, Musk was a huge supporter contributing to its success. He has also been favoring Dogecoin through various tweets and memes referencing the cryptocurrency.

In fact, Dogecoin was projected to finally cross the $1 mark in its value when Musk was announced as a host for Saturday Night Live. Doge supporters hoped that a shoutout by Musk on live national TV would enable it to pass the threshold. But, in a surprising turn of events, even though Musk did mention Dogecoin a few times during his appearance, its value actually plummeted by nearly 40% during his appearance.

To conclude, although Musk’s power over the crypto market is obvious, the results of his comments cannot always be foreseen. More often than not, however, a Twitter post on cryptocurrencies is bound to make some waves, however short-lived they may be.

How to Wash Dog Toys? [Steps to Washing Different Toy Types] Can You Give a Dog Melatonin? [Indications, Dosage, Side Effects] How to Get Makeup Out of Clothes? How to Clean Makeup Sponges [Detailed Guide]

8 Different Types of Sage for Smudging